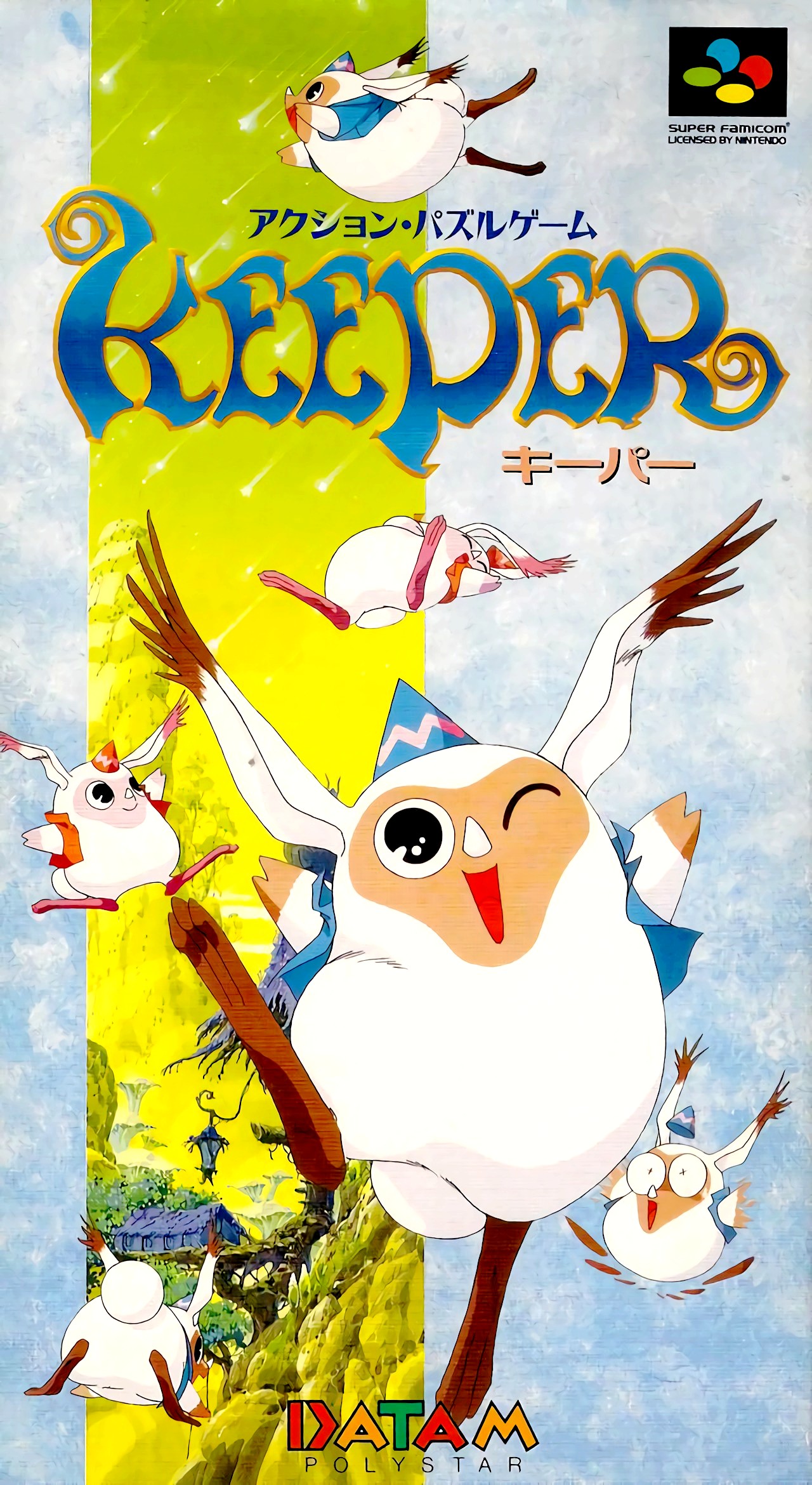 By Keny94140 : October 14, 2018
Keeper is a cute action-puzzle game. A five-by-five grid fills up with colored blocks with different icons on them. Pikuru and Kintoto, the player characters, can move freely about the grid, climbing over the blocks, and pushing or pulling them in any direction where there is room. Line up three or more blocks of either the same color or the same symbol and they will disappear. If the entire grid fills up, the game ends.

The game features a single-player mode and two-player battle and cooperative modes.