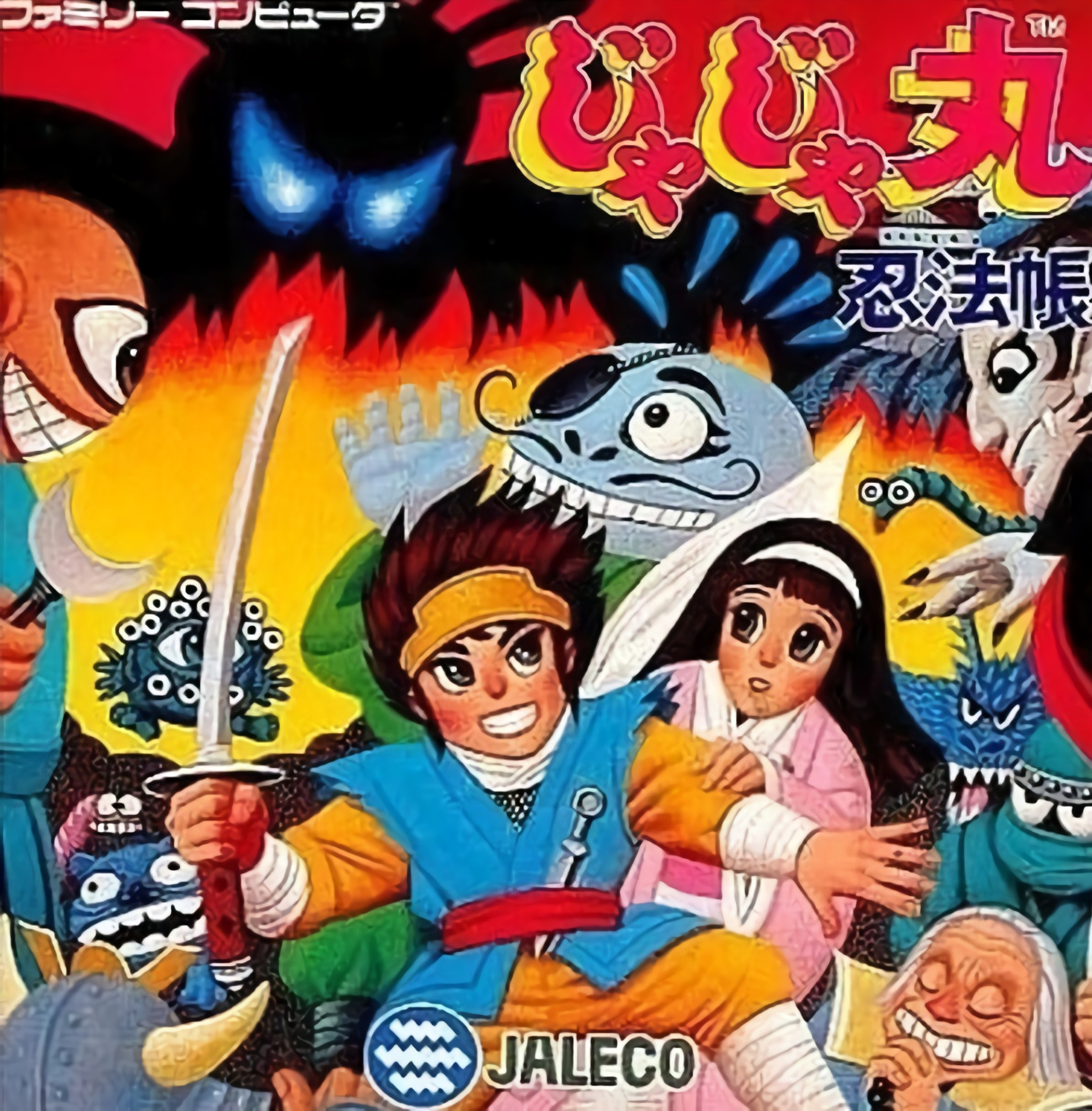 By TompouceGabriel : October 18, 2014
Jajamaru Ninpou Chou is part of Jaleco's Ninja Jajamaru-Kun series. Jajamaru-Kun (sometimes spelled JaJaMaru-Kun) is the younger brother of the original Ninja-Kun, who starred in a couple of UPL arcade games known in the west as Ninja-Kid and Ninja-Kid 2. When Jaleco ported the original arcade game to NES, they created the character of Ninja Jajamaru-Kun and continued making games that featured the character. Jajamaru Ninpou Chou is his third Famicom game.

However, unlike the two previous Ninja Jajamaru-Kun games, which were action platformers, Ninpou Chou is a traditional JRPG. The player walks around a world map visiting towns and dungeons and occasionally fighting random encounters using a separate turn-based combat screen.

Worth noting is that this game was slated for a 1990 US release with the name Taro's Quest, though it was later canceled. However, an incomplete prototype version of the ROM exists. As well as an English localization, the game appeared to have had its graphics almost entirely redrawn in order to appear more realistic than the cartoonish original.