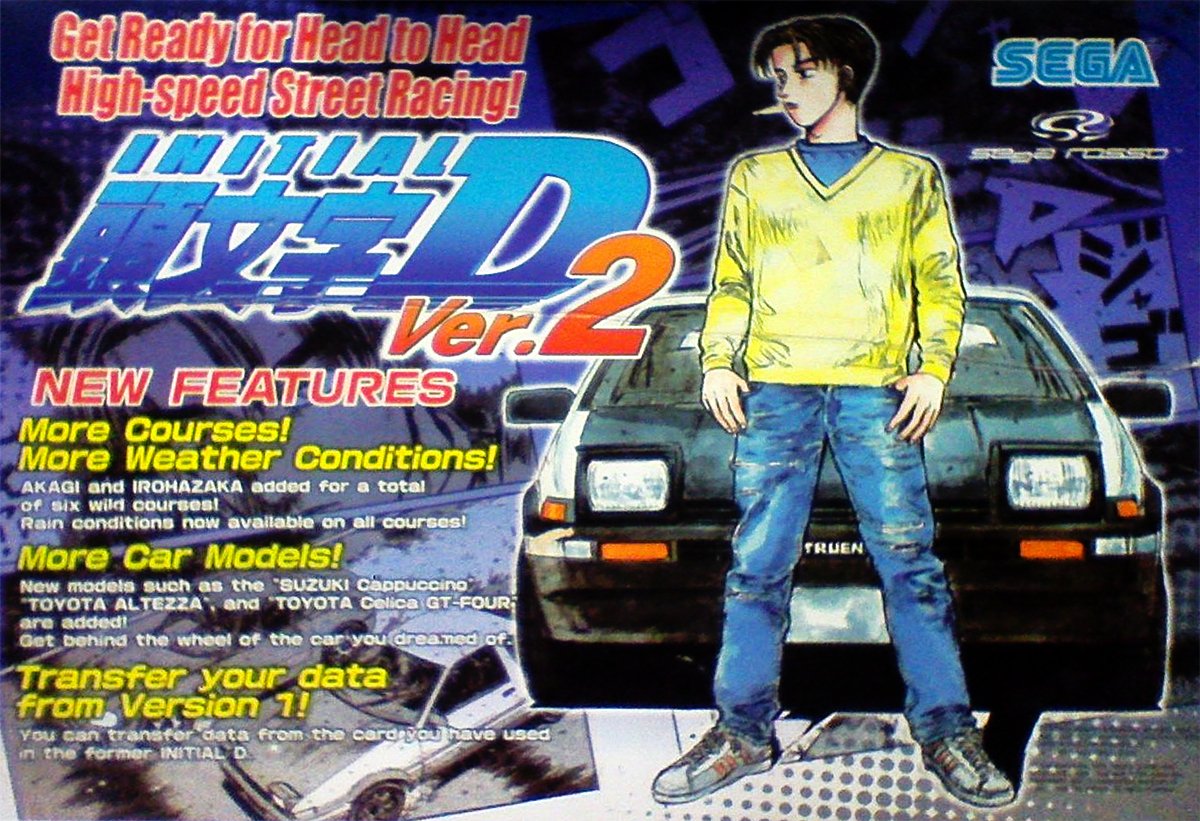 By GambierBae : March 14
Initial D Arcade Stage Ver. 2 is an arcade racing game series developed by Sega, based on the anime and manga series Initial D. In the United States, the game series is simply known as Initial D. Players race against different opponents through various mountain passes featured in the manga.

Vehicles that are featured in the game are mostly Japanese cars, such as the Nissan Skyline GT-R, Mazda RX-7, Mitsubishi Lancer Evolution, Honda Civic, as well as the Toyota AE86. Using the optional magnetic card system, players can save a customized car as well as their progress for future sessions; otherwise, their game progress is deleted.

Players can continue growth with their cards on another Initial D cabinet of the same version. However, the card must be renewed every 50 plays. Version 2.0 adds two new courses such as Akagi, Takahashi brothers/Akagi Red Suns' home course, and Irohazaka, Emperor's home course. Released in Japan at end of 2002 and in the US in 2003.