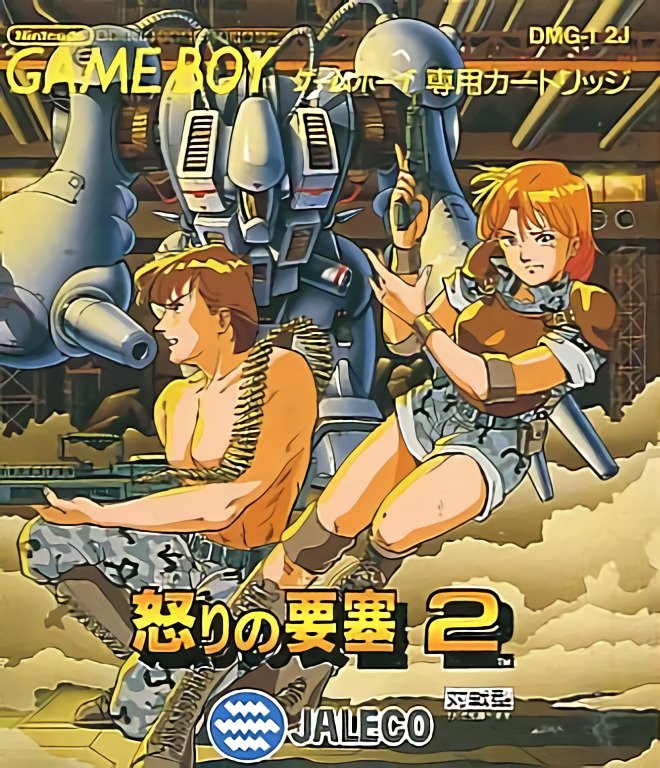 By GambierBae : July 27
Ikari no Yōsai 2 is set after the happenings of Fortified Zone. The two special agents Masato Kanzaki and Mizuki Makimura receive a new important mission: destroying the ultimate weapon the enemy is developing in its secret base.

This is a top-down action game in which the player needs to find a way through a maze-like environment while shooting enemies. Sometimes there is also a key to find in order to open a closed door. Of course enemy contact should be avoided because it drains the life energy. The most important feature of the game are the two mercenaries which have different abilities (Masato is slow and has high stamina, Mizuki the opposite) and can be switched instantly.

While the basic gameplay concept is unchanged from the predecessor, there are two major differences: the characters can be moved diagonally and, besides health pick-ups, there are no power-ups anymore. The special weapons for each character can be switched in an extra menu, the weapons have unlimited ammo and the effects of the other power-ups (increasing attack range, attack power, etc.) have been incorporated into the protagonist's differences.