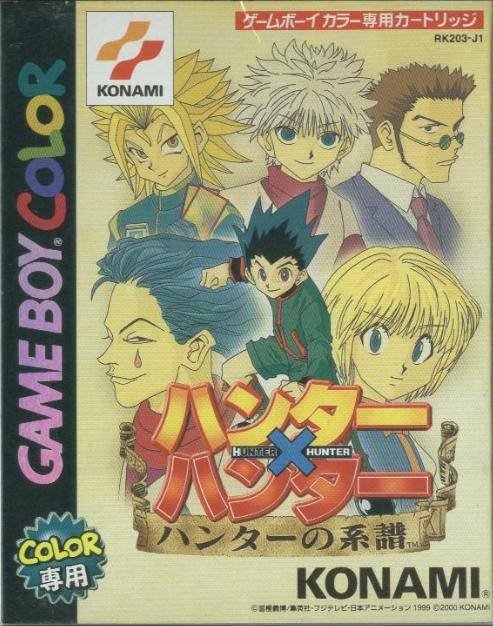 Hunter X Hunter: Hunter no Keifu is a strategy/role playing game developed and published by Konami for the Game Boy Color platform.

The game is based on the popular Manga written by Yoshihiro Togashi, and was originally released in Japan in 2000. The game is very much in the Metroidvania style of games, with a large inter-connected series of levels and different weapons and armour that can be used by the character.

You start off the game as Gon_Freecss for the first two levels, and then you get to play as Killua Zoldyck, then Kurapika, and then Leorio Paradinight.

As you progress through the levels you also encounter many of the other characters from the Manga and Anime, some of them help you out, while others are there for the long cutscenes.