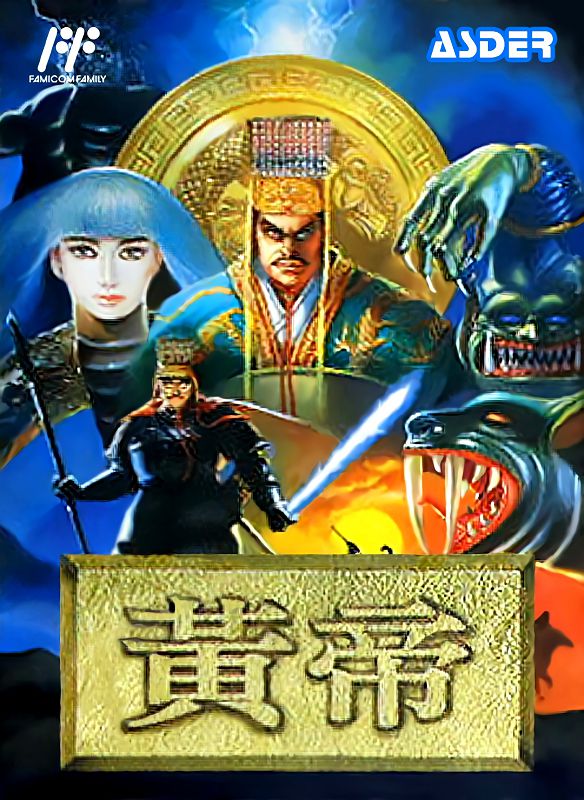 By TompouceGabriel : August 21, 2019
The world of East Asian video games is a fascinating and mysterious one. When you examine mainland China, Taiwan and Hong Kong, there are countless unlicensed and undocumented video games being produced, some of very high quality. It’s an ever changing bouillabaisse of technology and culture. A lot of what’s produced is for Nintendo’s antiquated Famicom hardware, which is easily cloned and cheaply manufactured. There’s an incalculable quantity of your basic game knock-offs, in addition to unusual ports such as Resident Evil from the PS1, remakes such as Final Fantasy VII, and then a selection of entirely original games, such as the surprisingly excellent Huang Di.

Unfortunately, being an unlicensed Taiwanese game, produced only in small batches, we know very little about it. Thanks to the splash screen we know it was developed by electronics company ASDER, but we have no idea when, where, or how it was released or dumped. For a long time around the millennial days of the internet, when emulation wasn’t what it is today, there wasn’t even consensus on the name. Somehow a ROM had surfaced and forumites referred to it as “Wang Di”, “Hwang Di”, or simply: that weird Chinese platformer. No one had ever seen it in the wild either.

The Battle of Zhuolu was the second battle in Chinese history as recorded in the Records of the Grand Historian, fought between the Yellow Emperor (Huang Di) and Chi You. The battle was fought in Zhuolu, near the present-day border of Hebei and Liaoning. According to the Chinese mythological account Shan Hai Jing, Chi You, with the Giants, Guryeos and evil spirits, rebelled against Huang Di at Zhuolu plains. Both sides used magical powers, but Chi-You had the advantage of forged swords and halberds. Using his powers, Chi You covered the battlefield in thick fog. Only with the help of a magical compass chariot could Huang Di’s troops find their way through the mist. He also used his daughter Nubá, the Drought Demon, to harm Chi You’s troops. Later on, Chi You suffered more defeats and was captured. Only Yinglong, the winged dragon, being a brave servant of the Yellow Emperor Huang Di, dared to slay him. Chi You’s chains were transformed into oak trees, while Yinglong was cursed to remain on earth forever.

What that has to do with Huang Di the video game is anyone’s guess, since it starts with cut-scenes showing an old man on horseback witnessing a series of winged demons above a burning village, followed by someone sky-surfing atop an enormous sword through the clouds towards a celestial palace. What follows is a competent and enjoyable platformer, similar in style to Ninja Gaiden, and with a map screen reminiscent of Ghosts ‘n Goblins.