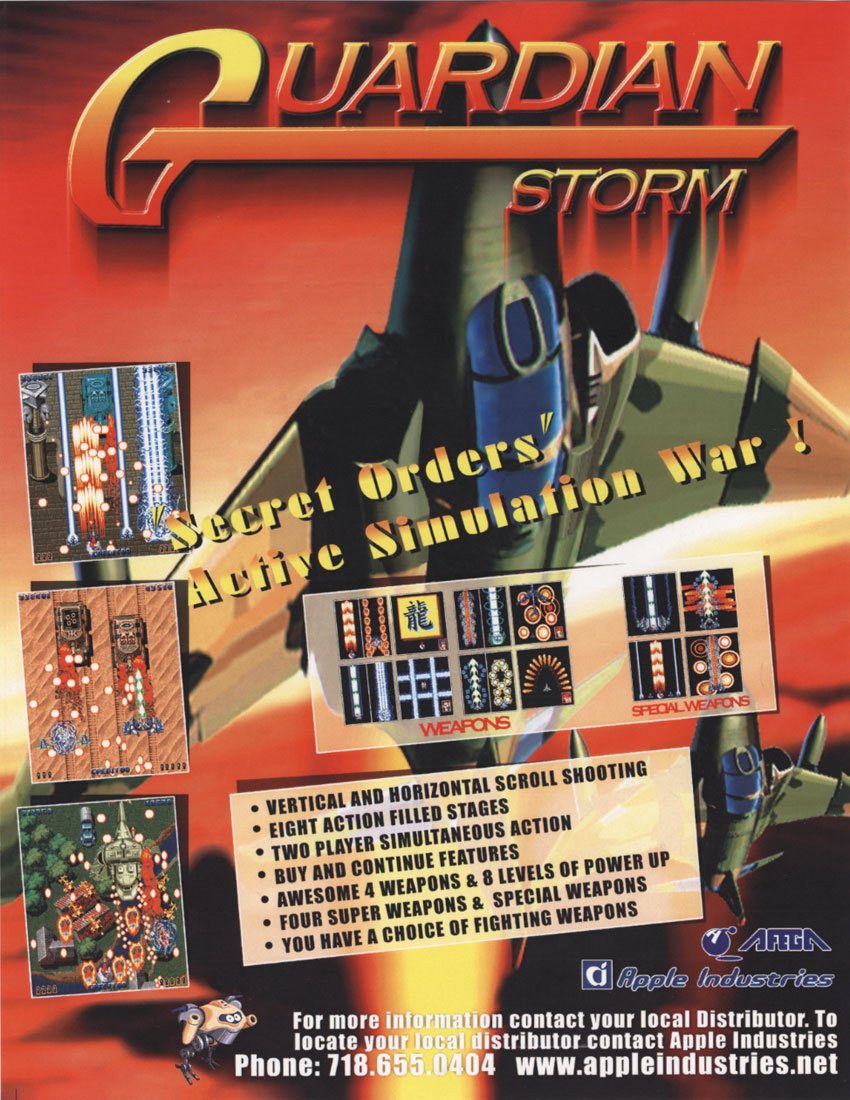 Guardian Storm is a vertically scrolling arcade shoot 'em up game. Like the developer's previous game, Stagger I, the player can choose from four different characters each with its own weapons. The game mechanics are also largely the same but Guardian Storm has a more cartoonish appearance. Two buttons are used: one for a regular attack and one for bombs. A super weapon can be activated by holding down the first button. Gold can be collected and then traded for power ups, bombs and extra lives between levels. The game contains eight levels each with a boss at the end.