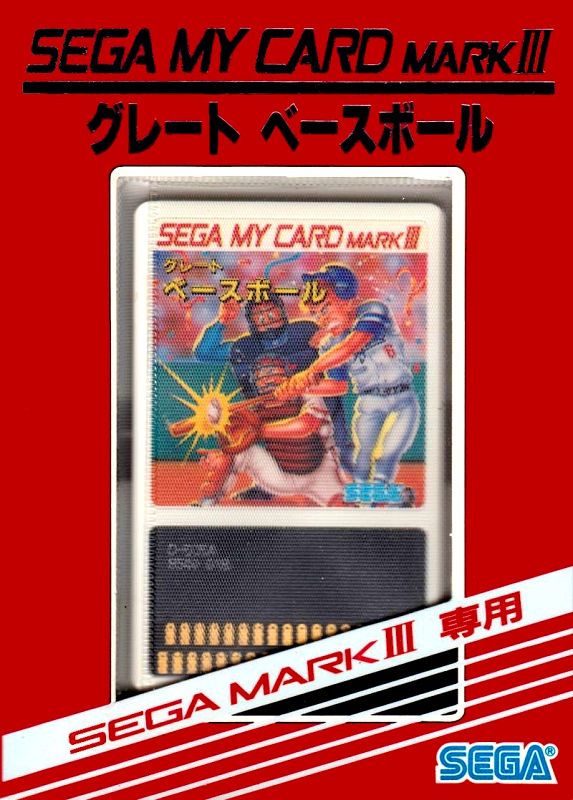 By TompouceGabriel : March 18, 2016
Great Baseball was the first baseball game for the then new Sega Mark III (Sega Master System) in Japan and basically a clone of Nintendo's own Baseball game for the NES/Famicom. The field is seen from a top-down view during the batting/pitching scenes. Once the ball is successfully hit by the batter, the screen changes to a more zoomed out view, during which players control the fielders and runners.

Players have the option between a 1-player game against the CPU or a 2-player game. They have the choice to pick a team from a pool of six non-licensed teams. The third and last mode is a special homerun contest. In that mode the players compete to hit as many homeruns as possible in a given number of tries.