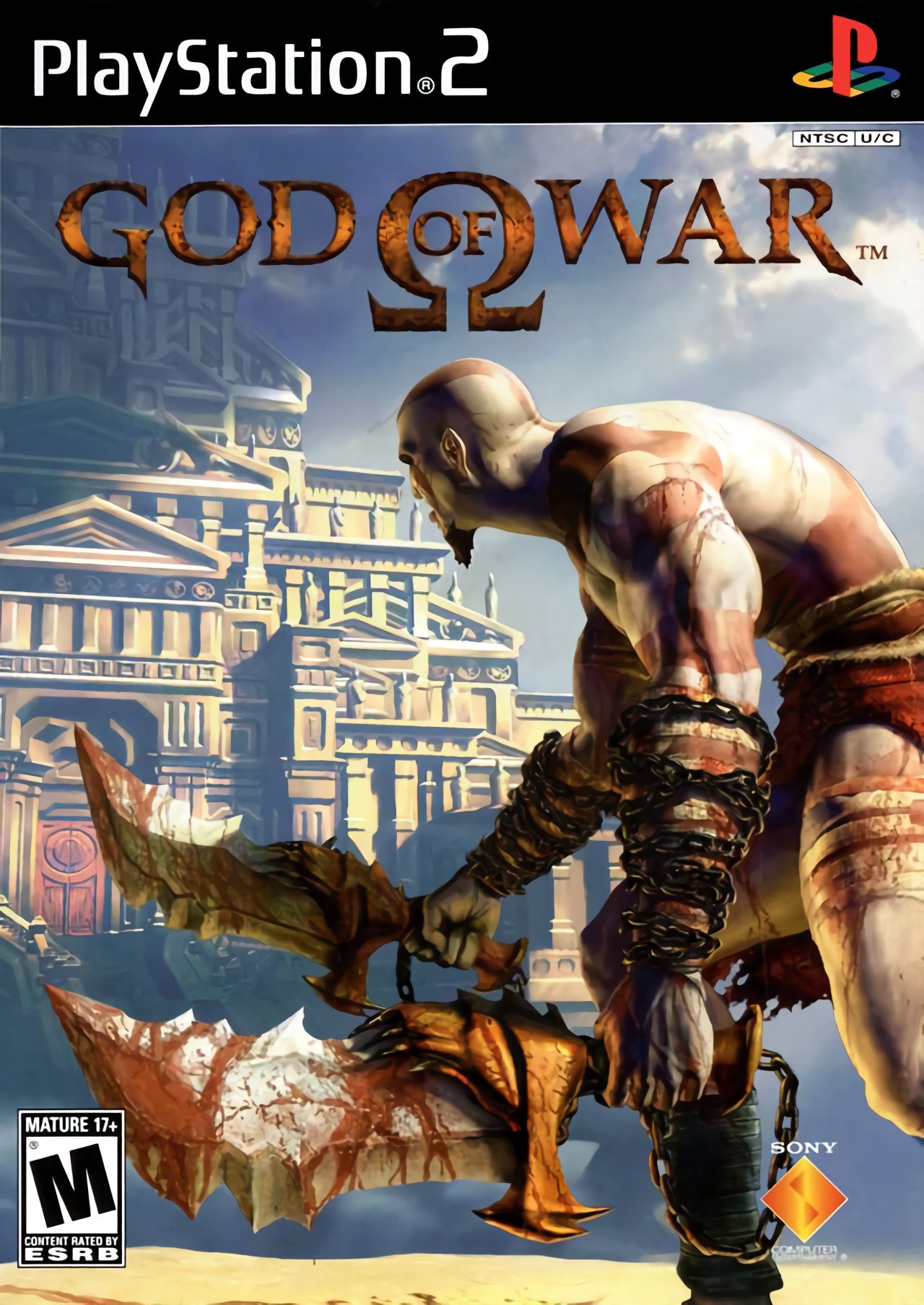 God of War is set in the age of ancient Greek myths. The hero of the game is a mortal warrior Kratos. Long time ago, Kratos was the leader of Spartans, a fearless and brutal general who waged wars for the glory of his city. Today, he is known as the Ghost of Sparta. For the past ten years, he is tormented with terrible nightmares, unable to forget the tragedy that happened in his past. He has to serve the gods of Olympus, who promised to forgive his sins if he becomes their champion. Finally, the goddess Athene tells Kratos that redemption will be granted to him if he defeats her brother, the god of war Ares, who was the very reason for the tragic event of his past...

God of War is a 3D action game with platforming and puzzle-solving elements. Kratos has two default swords that he will always carry with him, called the Blades of Chaos. They allow the player to perform combos, which will constantly climb until the fight is over or until it takes too long to register another hit. The higher the combo total, the more red orbs Kratos receives from defeated enemies.

Similar to Devil May Cry, the red orbs collected from fallen enemies can be used to purchase upgrades. It is possible to upgrade the default weapons, learning new moves and striking faster, or put the orbs into different weapons acquired throughout the game, such as Blade of Artemis. Kratos will, over time, also have access to a selection of magic spells. At specific points in the game, he will be able to generate an arc of electricity, courtesy of Zeus, or use the decapitated head of a Gorgon to turn enemies into stone with Meduza's Gaze.

The game features several unlockable extras, which are only acquired when the player has beaten the game on different difficulty modes. Most of the features are a behind-the-scenes look at various aspects of the game, such as creating the world, modeling Kratos, and a look at deleted levels that didn't make the final cut of the game.