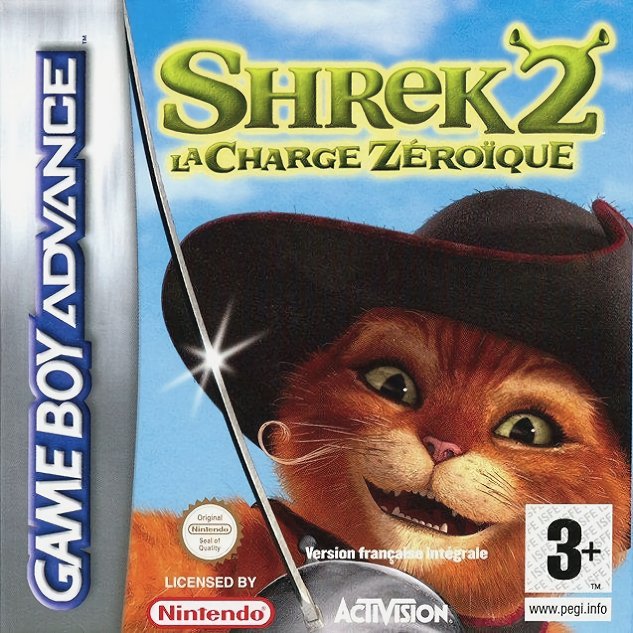 By RomStation : November 5, 2010
Shrek 2: Beg for Mercy is an action-platformer game, developed by Vicarious Visions and published by Activision, which was released in 2004.

Shrek and friends are back in an all-new adventure in Shrek 2: Beg For Mercy! on Game Boy Advance. This action-oriented game features the acrobatics and swordplay of Puss in Boots. Additionally, Shrek 2: Beg for Mercy! allows players to control some of their other favourite characters, including Shrek and Donkey. Players can re-enact the story of Puss in Boots and discover just how he came to meet up with a large green ogre and a magical talking donkey. This side-scrolling adventure emphasizes combat-heavy gameplay with an intuitive input-driven combo system. Puss in Boots also has an assortment of enhanced acrobatic manoeuvres at his disposal.