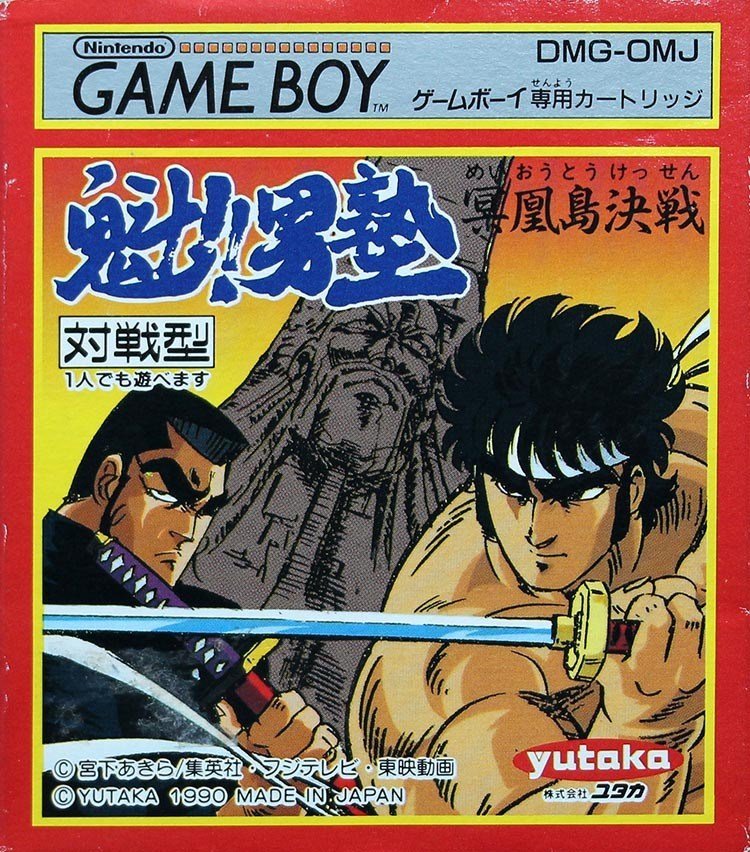 By Perichor : November 23
A one-on-one fighting game based on the manga of the same name. The game puts you in the shoes of a newcomer to the Otoko Jyuku school. A special boarding school for unruly teenagers that instills discipline by adopting feudal codes of conduct and pitting its students against each other in constant duels.

As expected the game focuses on the duels, represented as one-on-one side scrolling fights in which your character (armed with a bo-stick) must defeat a series of contenders in succession, each armed with their own weapons.

Features a single-player "story" mode, which includes cutscenes composed of still images that advance the story between each match, and a Vs. mode for two-player gameplay.