Garou : Mark of the Wolves 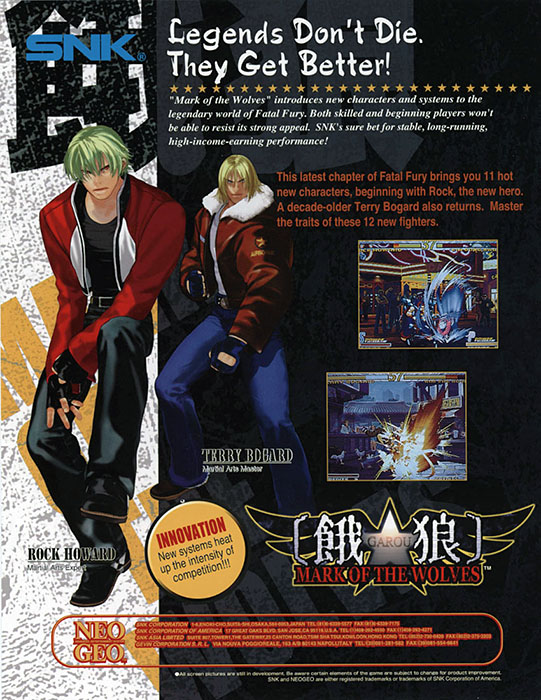 It's been 10 years since the death of Geese Howard. However, Howard's immense martial arts skills have been passed to his son, Rock. The new hero is joined by a cast of 12 new characters plus one returning fighter, Terry Bogard, for this tournament of champions. Representing the world's best, the maulers gather once again to crown the "King of Fighters."