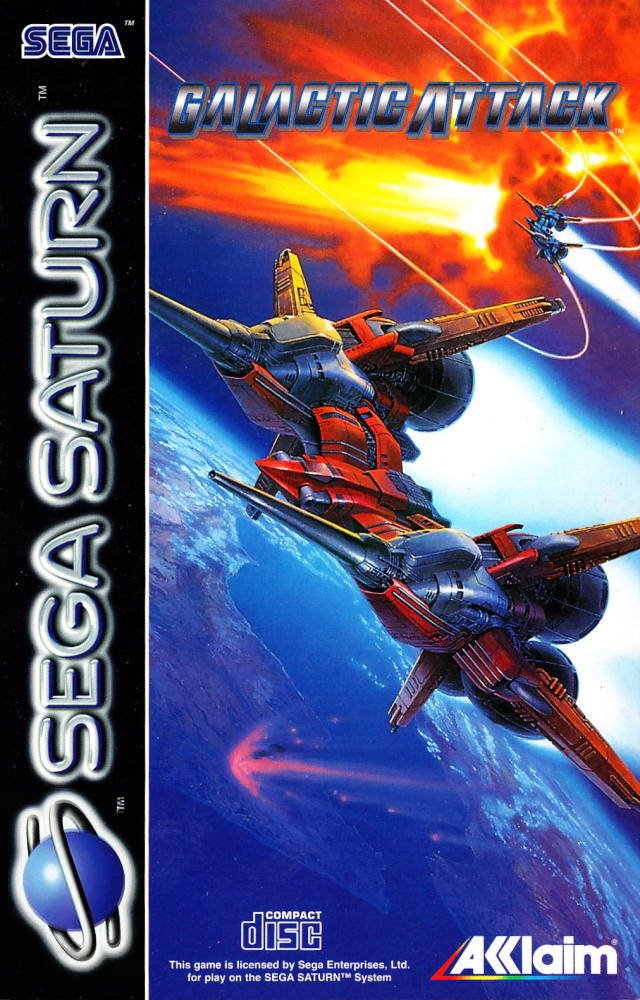 By Tanuki78 : April 7
Galactic Attack is a top-down shooter, there are seven levels to play, ranging from battles in the atmosphere of planets to battling over mountain ranges, each with their own standard huge bosses at the end of each of these levels. The player takes control of a starfighter called the RVA-818 X-LAY, out to destroy any opposing forces.

The story has the future of Earth governments gathering together to construct a massive super computer called Con-Human to help with the planet's environment, providing nutrients to the earth and caring for the ecosystem. However, a cloned human is linked with the system and makes Con-Human a sentient being. The system eventually becomes insane and starts to create natural disasters, wiping all nearly all of mankind and destroying the ecosystem, driving the survivors into space to develop colonies on other planets. Con-Human then makes Earth into a giant fortress and is assembling a massive armada to destroy the remaining survivors, but before it can attack, the survivors amass a first strike in order to reclaim the Earth.

The goal is to fly around in the level, using the primary laser weapon to destroy various enemies flying in and out of the screen. Players can upgrade this weapon by collecting "L" icons floating around when enough enemies are destroyed. There is also a secondary weapon, a lock-on missile launcher, that has the ability to fire upon eight different ground enemies at once.