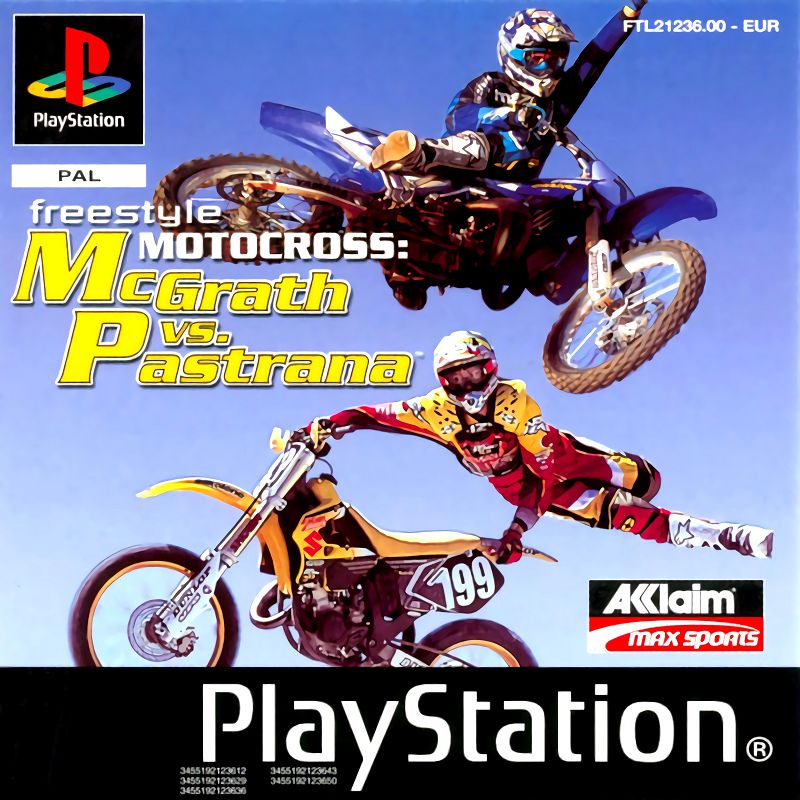 By TompouceGabriel : November 8, 2018
Freestyle Motocross offers a chance to play as two Supercross greats. Both Pastrana and McGrath feature customizable bikes, allowing for edit of model, color, engine, and exhaust, all of which come in handy while playing on any of the multitude of courses.

Both open and normal oriented maps are available to race, freestyle, or combine both on, allowing two players to battle in split-screen mode or a 6 person race.

Customizable tricks can be achieved while attempting to win a freestyle match in either a Single Event or a Tournament Mode, unlocking tons of new levels including Las Vegas, Volcano, Inca Ruins, Loch Ness, and Desert Warzone.