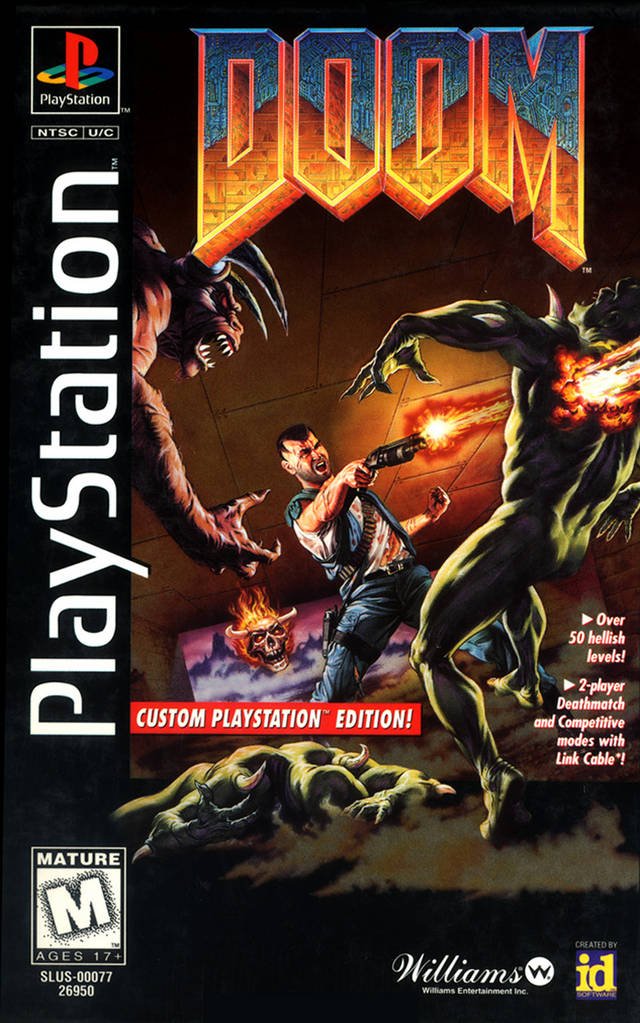 This release of DOOM is based on The Ultimate DOOM and DOOM II: Hell on Earth and contains most of the levels and enemies from both games as well as about half dozen exclusive maps.

The engine has been upgraded to a 32 bit renderer allowing for smoother distance shading and more notably, in the PS1 version, coloured lighting. This version of Doom features also entirely new sounds and music.