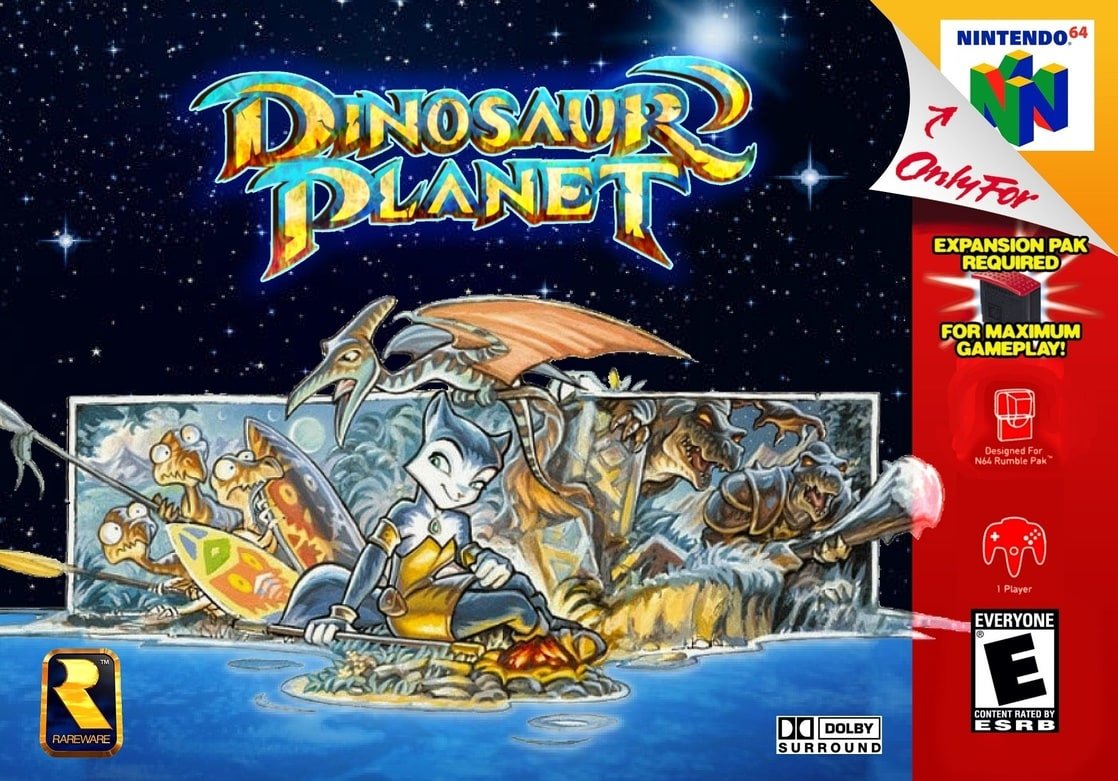 Dinosaur Planet was a game originally developed by Rare and set to be published by Nintendo, planned for release on the Nintendo 64, but later intended for the Nintendo GameCube instead. Originally, the game had nothing to do with the Star Fox series and was intended to be a stand-alone title.

According to an interview with Shigeru Miyamoto, he had noticed the striking similarities between the game's characters and those of Star Fox, and so the decision was made for the game to become part of Star Fox as a launch title for the Nintendo GameCube. Although Rare scrapped the project due to Nintendo wanting it to be a Star Fox title on the GameCube, there is still a lot of leftovers from the game's development, which led to the game evolving into what became "Star Fox Adventures".

A huge thanks to Forest of Illusion for finding this prototype. https://twitter.com/forestillusion