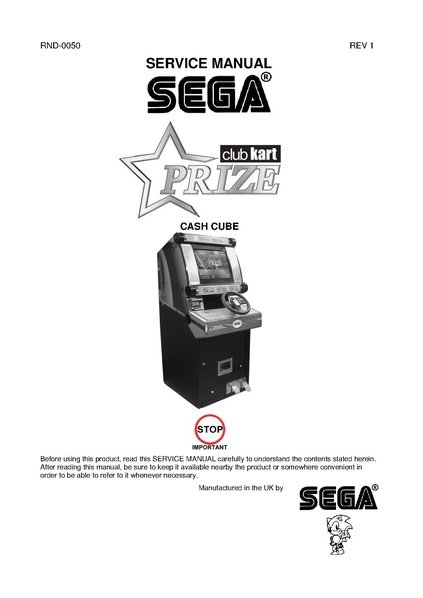 By GambierBae : March 8
Club Kart Prize is the kart racing game released for Sega NAOMI 2 hardware in 2003 and a sequel (or spin-off) of sorts to Club Kart: European Session. As the name suggests, this version of Club Kart will award the player with prizes depending on how well he or she plays - you collect coins during the race and these will be awarded to you at the end.

Club Kart Prize only seems to have seen a limited run, and at present has only been spotted in the United Kingdom (the player collects pennies and is paid in pounds sterling)