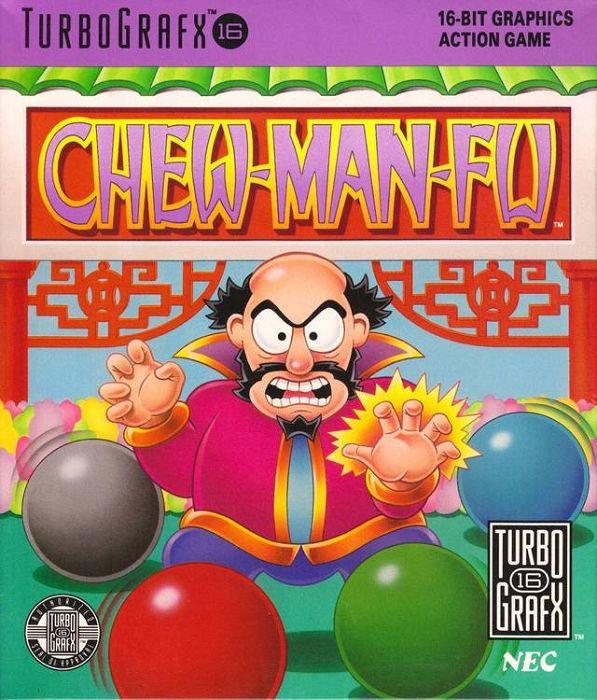 Chew Man Fu has set a curse to rob the world of fried rice, egg rolls and all its other favourite foods. To stop him you must work through 550 rounds, clearing them by placing four different coloured balls into the appropriately-coloured hole.