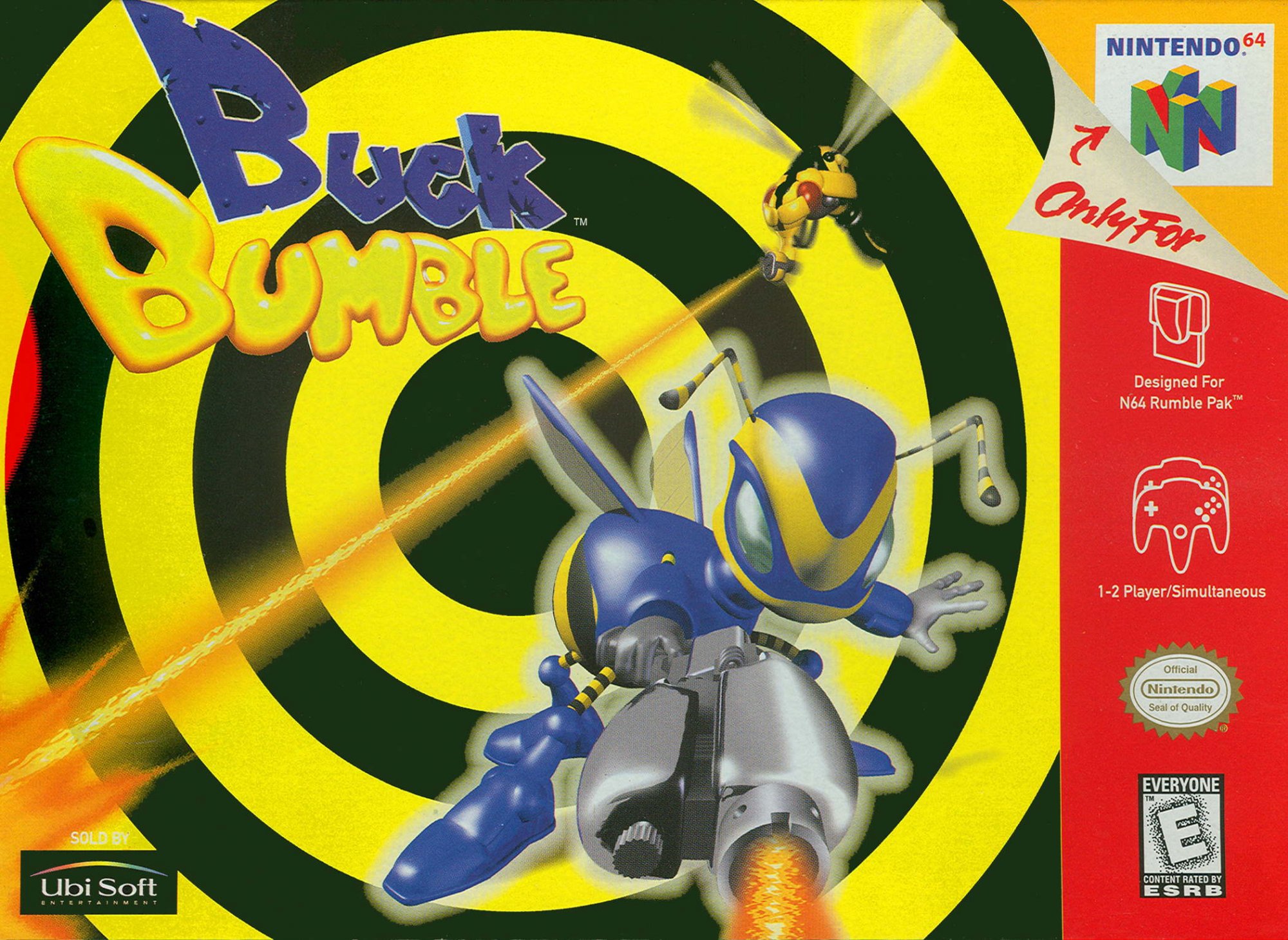 By GambierBae : September 22
A chemical spill somewhere in rural England has mutated an army of bees into deadly insects. Led by their queen, they are out to destroy every living thing on the planet, including all insects that dare to stop them.

Only Buck Bumble, the only bee not to be turned evil by the ways of the queen, can save the world, and his fellow insects, from total destruction.

Using Buck's weapons, you must shoot down the many swarms of enemy bees, while staying above ground avoiding the hazards below. At times you may have to land on the ground and attack on foot, while certain enemies can only be destroyed by certain weapons.

Also included is a handful of two-player split-screen modes, including Buzz Ball, a soccer-style game where each player controls a Bee while attempting to kick the slightly larger-than-the-bee ball into the other's goal.