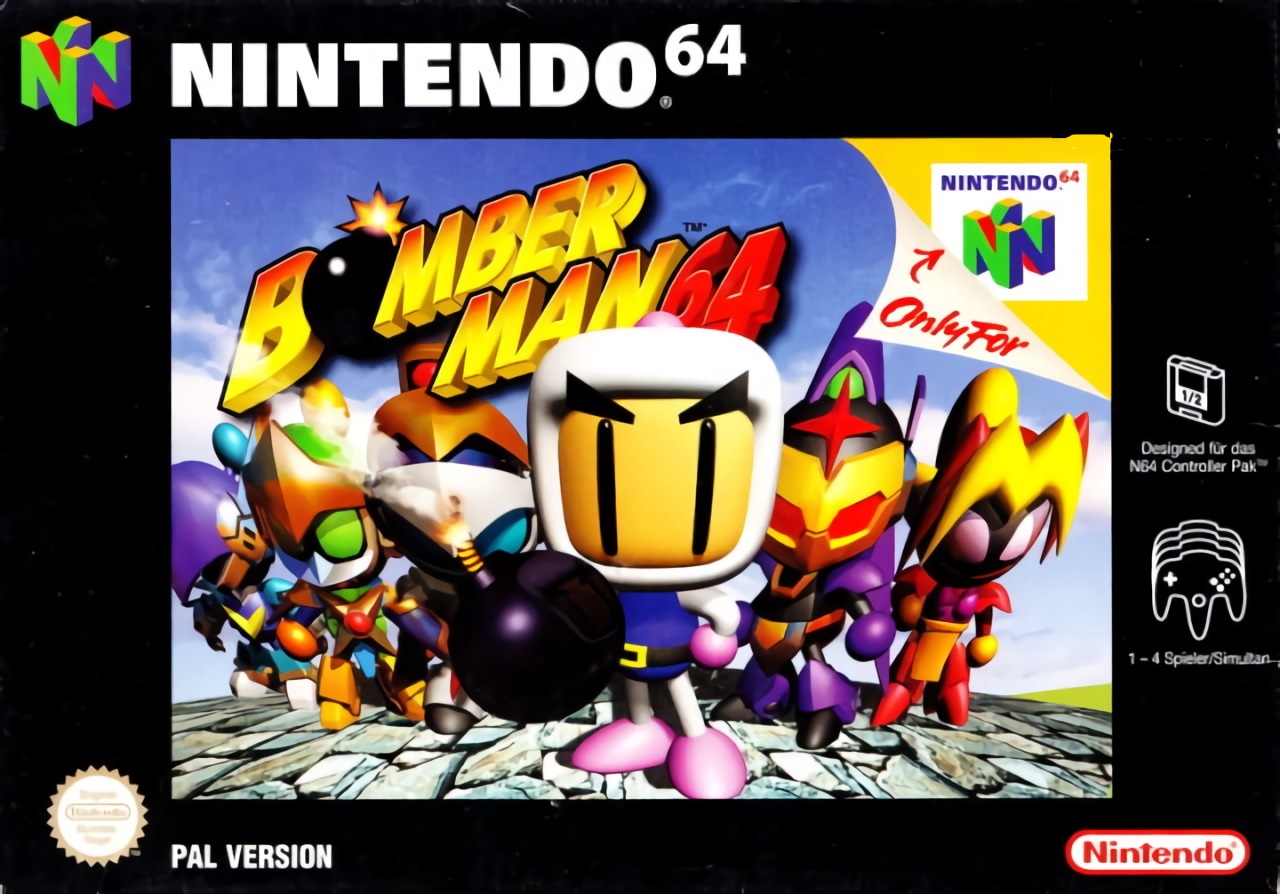 Bomberman 64 is a 3D action platformer. In the game's one-player Adventure mode, marauders have set their sights on Bomberman's peaceful planet. You'll explore labyrinthine levels by dropping bombs, solving puzzles and finding hidden items. The action takes place across five brightly colored worlds: a smoldering volcano, ruined castle, icy mountain range, orbiting space station and storybook village. Find all 100 Gold Cards in the first five worlds and you can access a sixth world. To maximize your score, you'll need to finish each of the 20 levels as quickly as possible. Deadlines are tighter on the Hard difficulty setting.

The game's multiplayer mode comes in two variations: in Single Battle mode, players dash about arenas, trying to blow each other to pieces. Team Battle mode is a highly explosive version of capture-the-flag. Your goal here is to destroy the enemy team's gems while protecting your own. You can choose the number and duration of battles. You can also choose from three levels of artificial intelligence for CPU-controlled bombers.

When the Ghost option is selected, your little guy will return as a wispy double of his old self after he's gone boom. Ghosts can control a normal Bomberman, but they cannot deploy bombs. Other features include the possibility to toss or kick your bombs diagonally, the ability to pump up bombs, knock foes unconscious and then grab and toss them.