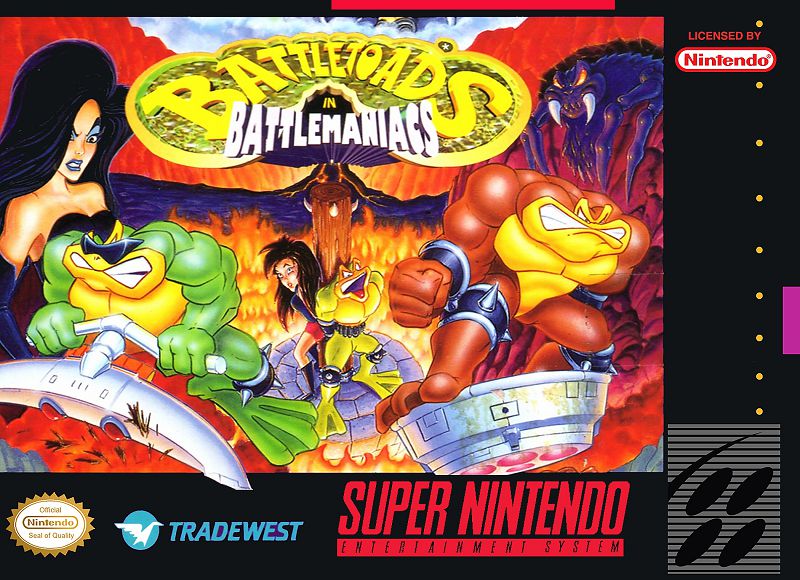 By GambierBae : March 8, 2019
The three battletoads Zitz, Rash and Pimple are in Tibet to witness the presentation of the Psicone Gamescape, a virtual reality machine. All of a sudden a monster jumps out of the gameworld, captures both the Psicone CEO's daughter & Zitz and takes them back into the Gamescape. Of course Rash and Pimple will have to enter the Gamescape and rescue them.

Battletoads in Battlemaniacs is another game in the Battletoads series by Rare. Much like its predecessor, it blends fighting game elements (in the style of Double Dragon) with other kinds of gameplay, like racing levels, "snake riding" levels and such. There are some bonus levels between some of the regular ones, where the player can collect extra lives.

Buddies can team up and defeat the opposition together in the two coop-modes available. In mode A, players can hit each other while in mode B, they can't.