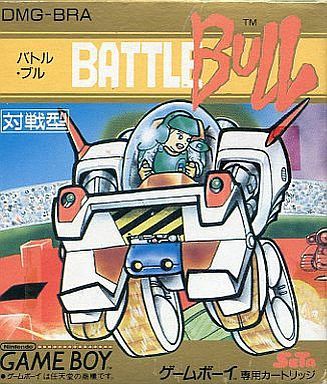 By Apharel : May 8, 2019
Battle Bull is an action game in which the player takes the role of an excavator driver who participates in a championship with 48 levels. The goal is simple: driving through the levels and killing a certain amount of other (respawning) drivers. The usual way of achieving this is shoving stones into them. However, only a certain kind of stone can be used this way; the other ones are permanent. The other vehicles have the same ability in addition to the deadly touch.

After each round, the player receives money which can be reinvested inside the upgrade shop. The available items are better engines, better shovels, extra lives, the ability to jump and weapons. The latter are obviously an alternate way of reaching the kill ratio.