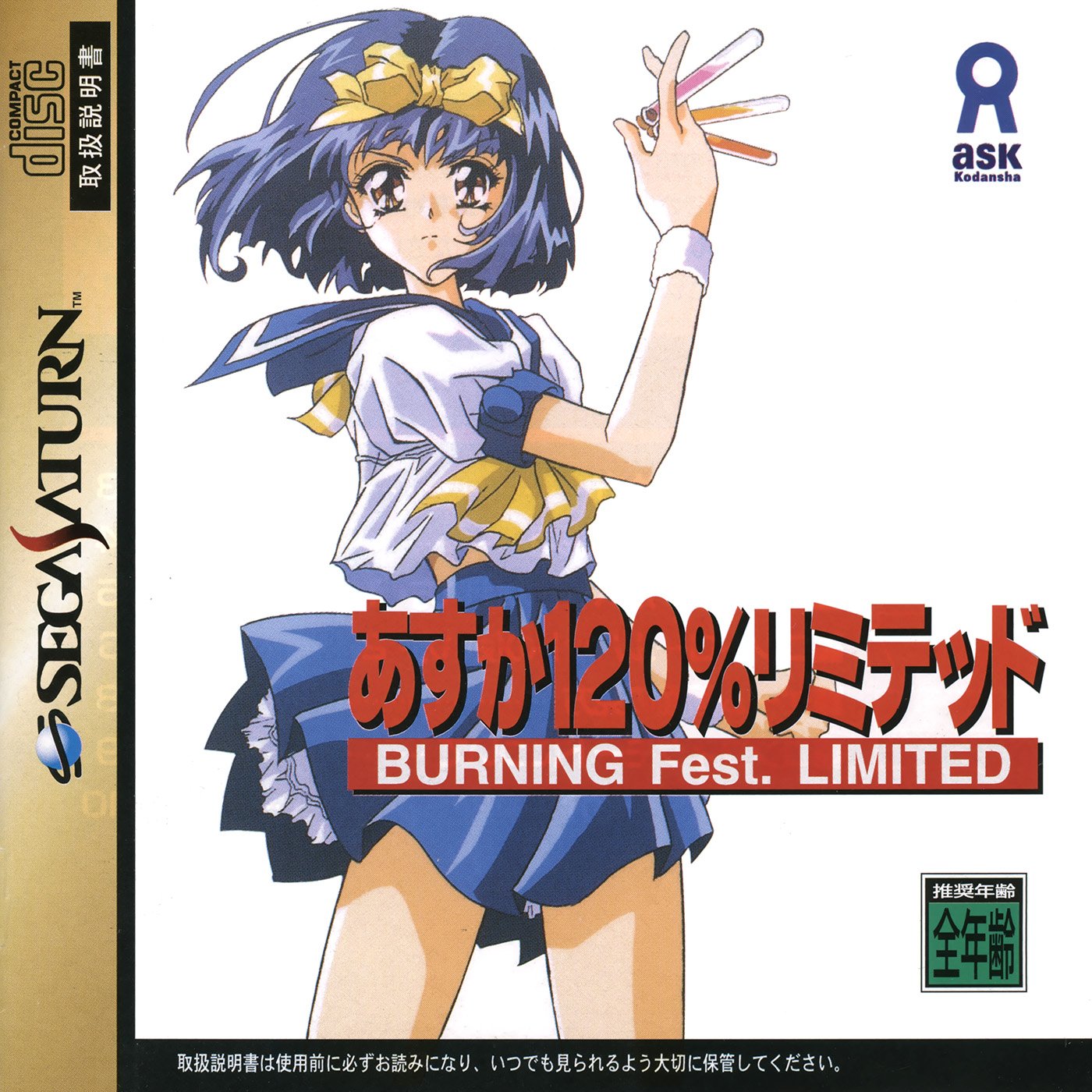 By GambierBae : June 3
The girls of Ryōran School for Young Women are back for their first and only official release on the SEGA Saturn. New contenders in the inter-school tournament this semester include Asuka's mentor, Tetsuko, and, as an unlockable extra, the principal of the school himself!

Asuka 120% Limited doesn't add any new systems to the series, instead focusing on changing and tweaking moves to better balance the fighters. Character sprites are larger in comparison to the previous PlayStation entry, but like most SEGA Saturn games true transparencies were removed. The story mode is a standard linear fight to fight affair with text dialog in between matches. Versus mode includes options for Player vs CPU, Player vs Player, and exhibition CPU vs CPU. The final game mode is a survival mode where the player fights each character in turn, and health is restored based upon their score during the fight.