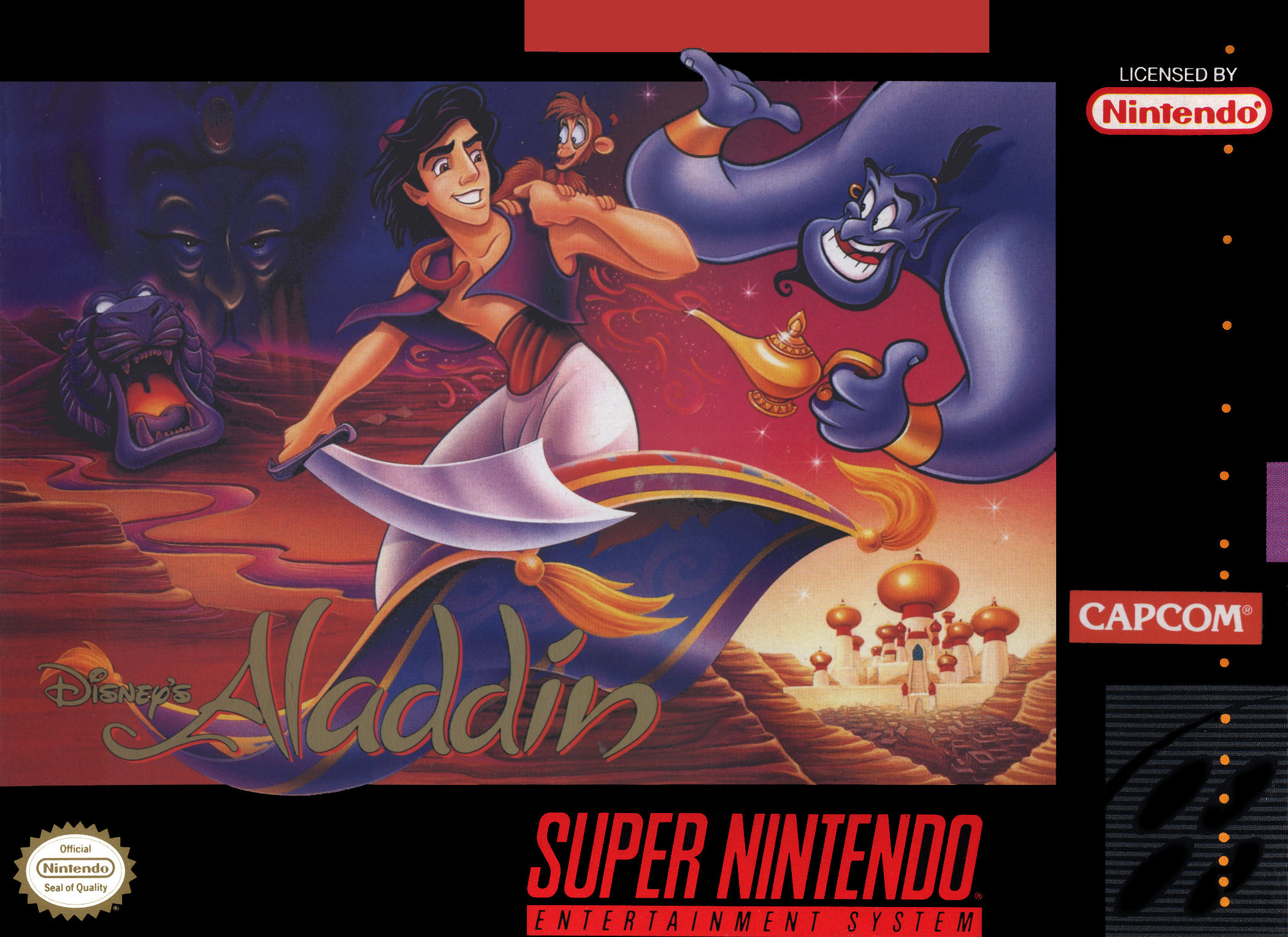 Disney's Aladdin is based on the 1992 Disney animated film. For the GBA and the SNES editions development was handled by Capcom. Like other versions, the game is a side-scrolling platformer where the player controls Aladdin through locations from the movie like the city of Agrabah, the Cave of Wonders, and Jafar's palace. Some locations not appearing in the film include a trippy, candy-colored world inside the Genie's lamp and an ancient pyramid. Enemies standing in Aladdin's way include the Sultan's guards, animals and various magical creatures. They can be dispatched by jumping on top of them or by throwing apples at them. Besides jumping and throwing, another one of Aladdin's abilities consists of him pulling out a blanket and using it to slow his fall.

Besides the platform levels, the game also includes magic carpet rides as well as a bonus game played between levels: if Aladdin collects a golden scarab in a level, he can play a wheel of fortune for extra health, lives or continues.