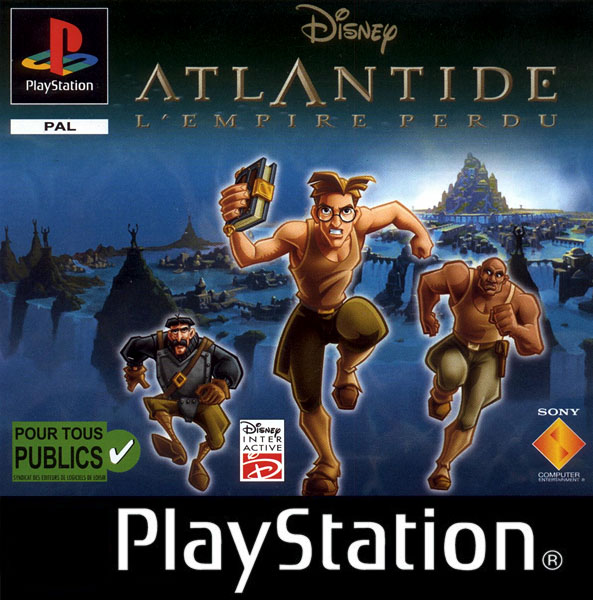 Disney's Atlantis is an action platformer based on the 2001 animated movie. As in the movie, the game tells the tale of a group of heroic adventurers that brave treacherous ocean waters and caves to locate the lost city of Atlantis. You'll have to use both cunning and strength to achieve your goals, utilizing teamwork to make your way deeper into the great, lost city.