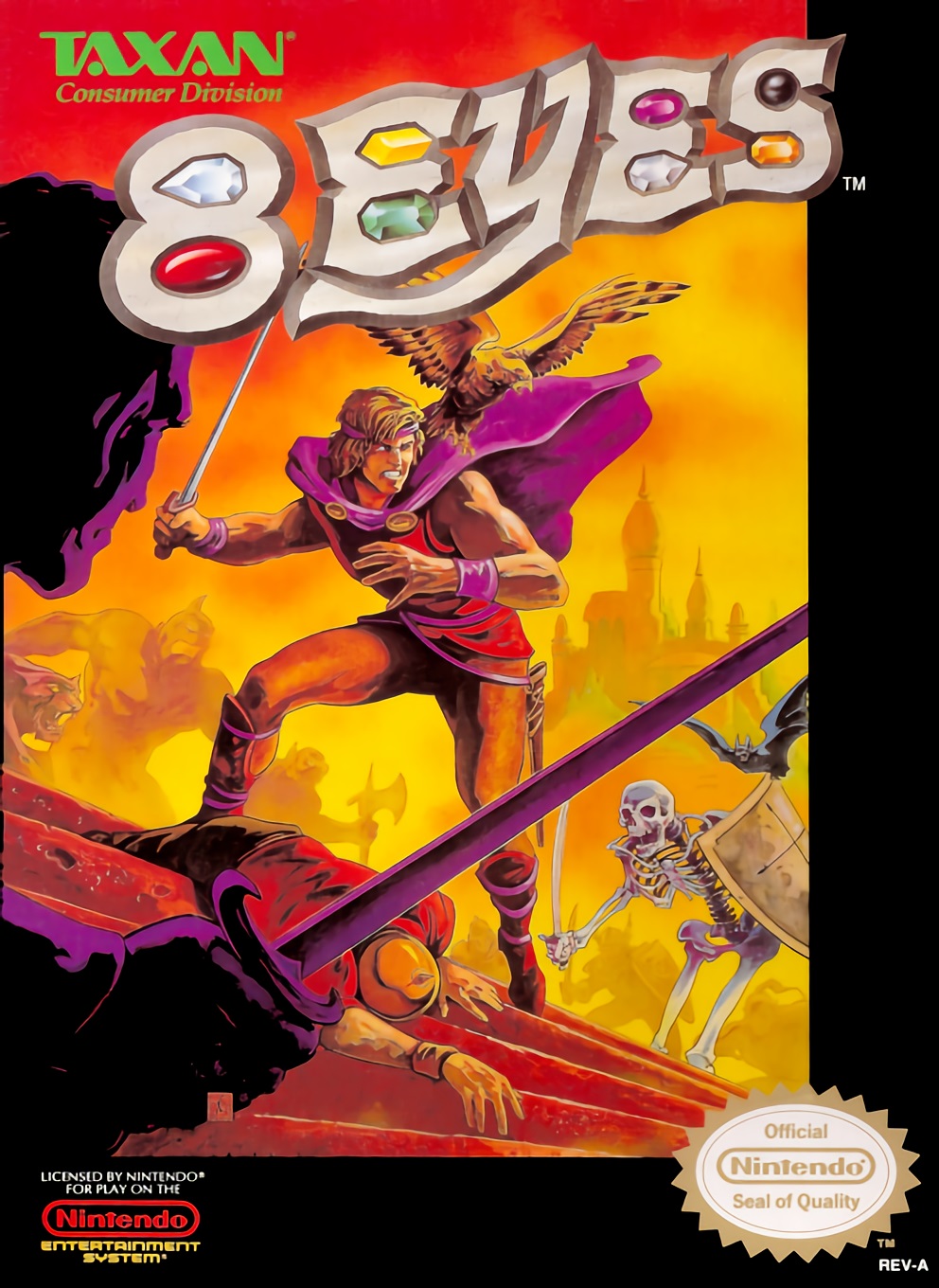 By TompouceGabriel : March 27, 2015
8 Eyes chronicles the adventures of Orin, the falconer, who must visit 8 different houses in 8 different lands and defeat 8 different guardians in order to collect 8 different jewels called eyes. It is a side-scrolling action/adventure game where the lead character can attack with a sword of somewhat limited reach. However, that is not the most powerful tool at his disposal - Orin also has his trusty falcon that he can send around the room to attack enemies or trigger remote switches. In single-player mode, the player controls both the falconer and the falcon. However, the game also offers a cooperative mode where the first player controls Orin and the second player controls his falcon in a mode which offers greater flight capability.