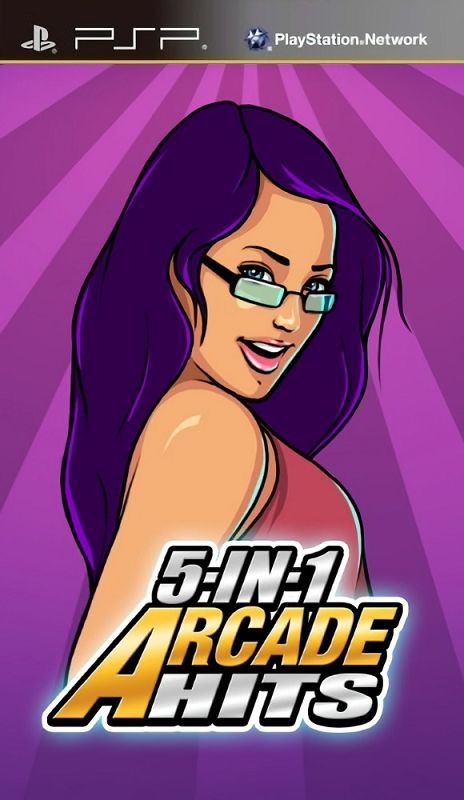 By TompouceGabriel : December 7, 2018
5-in-1 Arcade Hits is a "PlayStation Minis" bundle of five separate games in a single downloadable package. Despite the title, most of the games have little or nothing to do with any traditional arcade-style games.

The five included games are:

15Puzzle The classic 4x4 "sliding tile" puzzle. There are three levels of difficulty. Choosing the easiest setting assigns a number to each sliding tile and requires players to correctly organize the numbers. The medium and high settings require players to properly arrange a picture. Each session is timed, and the players' best times are saved on a high score table.

Pool An eight-ball pool game for one or two players. Bonus points are awarded for sinking multiple balls in one shot and for "chains" (pocketing at least one ball in consecutive turns).

Tetroid Of all the games included in the compilation, this is the one that most resembles something one might find in an arcade. Tetroid plays like Arkanoid flipped on its side. However, along with having to break the bricks, the play field slowly and continuously shifts toward the paddle as the game progresses. The game ends when a row containing one or more bricks meets the paddle.

All games have their own high score tables. If desired, a unique string can be generated for the player that will allow them to import their high scores onto a global leaderboard when entered on the developers' website.