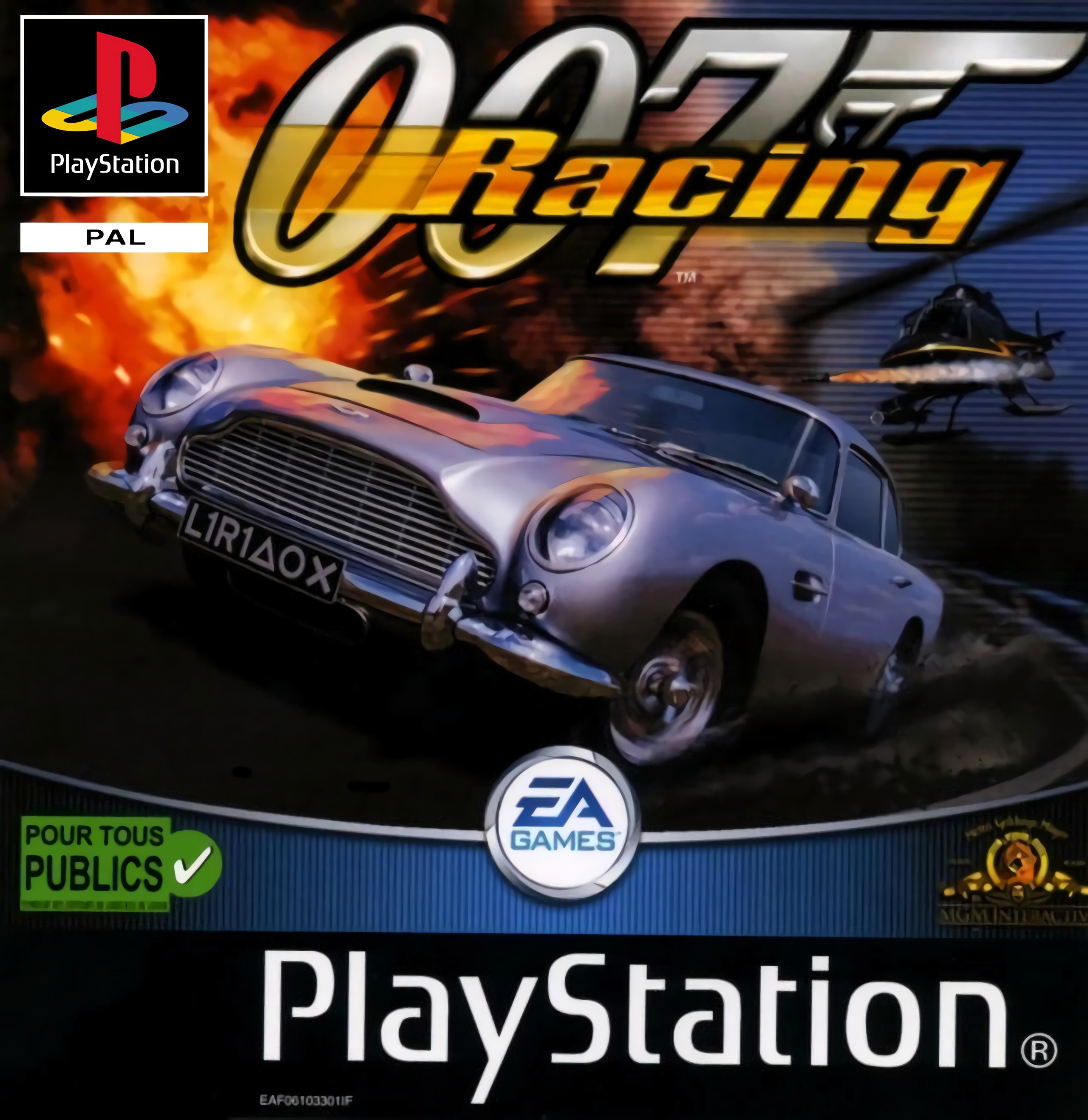 007 Racing is a racing game based on the James Bond licence. It was developed by Eutechnyx, published by Electronic Arts, and released on November 21, 2000 exclusively for the PlayStation console system.

In 007 Racing the player takes on the role of British secret agent Commander James Bond behind the wheel of some of his most famous vehicles from the then-current 19 official films. Cars include the Aston Martin DB5 made famous in its initial appearance in Goldfinger, the Lotus Esprit from The Spy Who Loved Me and For Your Eyes Only, and the BMW Z3 that briefly appeared in GoldenEye as well as 7 other automobiles. Each car is equipped with all the usual gadgetry and weapons issued by Q, the Quartermaster of a special branch of MI6 referred to as Q-Branch. 007 Racing is often compared to the 1983 video game Spy Hunter because of the weapons, gadgets, and the goal of destroying your enemies on the road.

Gadgets and weapons: Most of the gadgets and weapons in 007 Racing are inspired by the James Bond films, specifically Goldfinger, The Spy Who Loved Me, and The Living Daylights.
- Machine guns - Basic guns that you begin virtually every mission with.
- Hellfire rockets
- Bullet-proof shield
- Parachute
- Oil slick
- Smoke screen
- Cutting laser
- Mine pack
- Mine detonator
- Bombs
- Homing beacon
- Laser designator
- Stinger missile
- EMP device
- Missile launcher