Ys : The Ark of Napishtim 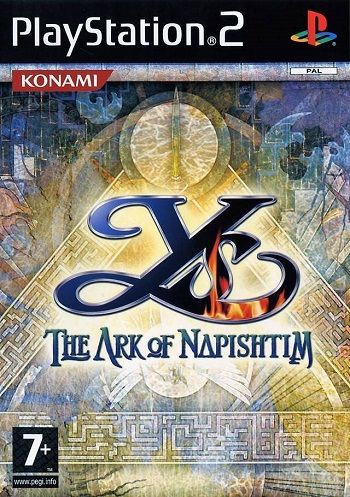 Washed ashore on an uncharted island, Adol Christin begins a new journey in Ys: The Ark of Napishtim. Lush environments, beautifully rendered characters and animated 3D backdrops combine to create the setting for Adol's newest adventure. In the world of Canaan, our red-headed hero must fight deadly monsters and menacing bosses with a variety of sword combinations, special attacks and magical spells creating a uniquely deep and compelling gameplay experience. Power-up three magical swords to gain special abilities and attacks. Combines real-time, fast-paced action and strategic boss battles. Original music composed specifically for the PS2 version of the game. Hidden, unlockable secrets that showcase the timeless legacy of Ys.
Johnny73538, wolfgenesus and Larasasa reacted to this

Ys : The Ark of Napishtim - Trailer