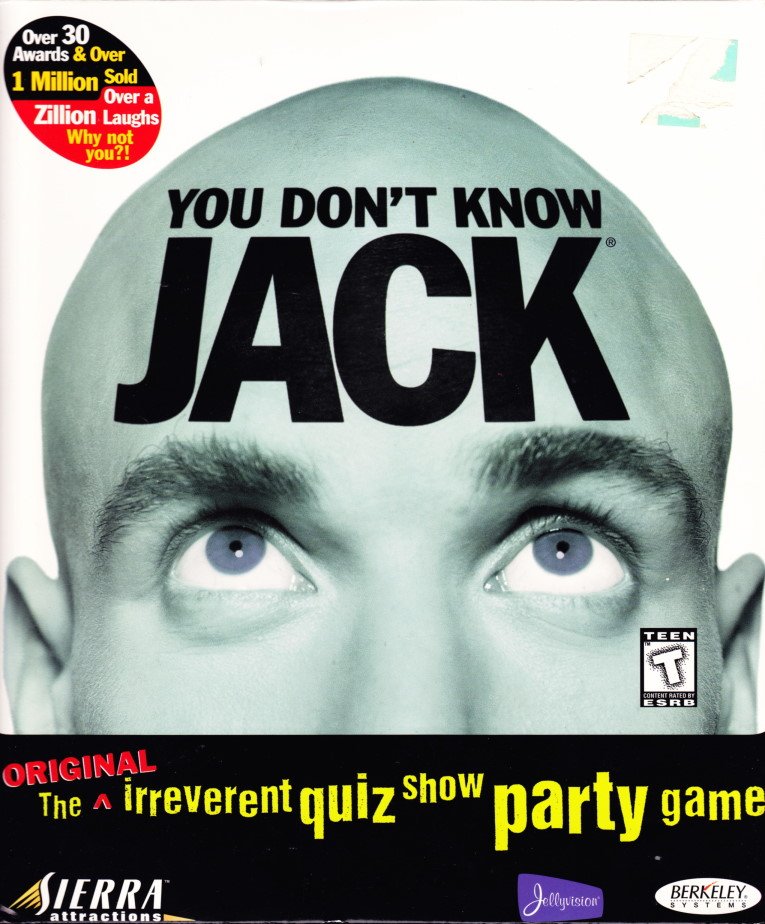 By RomStation : January 27, 2020
You Don't Know Jack is a humorous trivia game for up to three players. The players take part in a quiz game, which partly parodies television shows such as Jeopardy. The players do need to answer serious questions, and knowledge of various topics (ranging from classical literature to modern pop culture) is required; however, the show's host is distinguished by his sense of sarcasm, sometimes offering humorous wordings for questions, and sardonically addressing the participants.