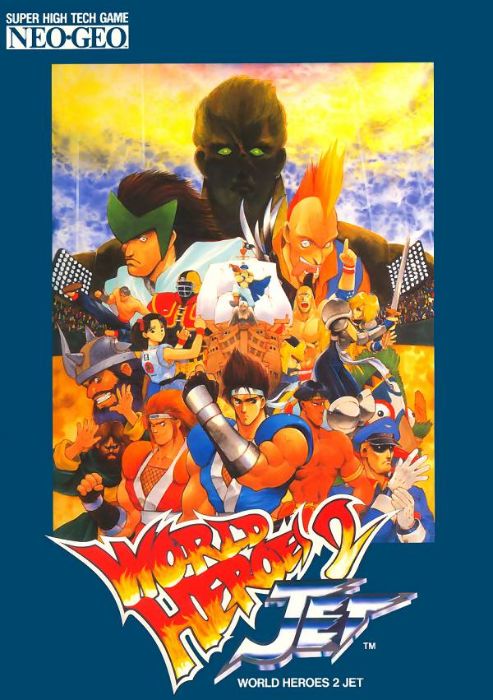 World Heroes 2 Jet, initially released in 1994, is the 3rd in the prolific fighting game series. Choose from 16 historical or well-known heroes, villains and fighters and battle your way to the top to become the world's greatest warrior! There are two types of modes in this version, "Tournament of Titans Mode", where you fight three bouts in one day, and if you are successful you move on to the next day, and "World Heroes Training Mode", where you can fight with any opponent. Furthermore, the addition of dash and back step, which were not in the previous version, as well as a countering system that ushers in a more speedy way of fighting, makes World Heroes 2 Jet even more enjoyable to play. There are also four competition types to choose from, allowing for even more in-depth battles.