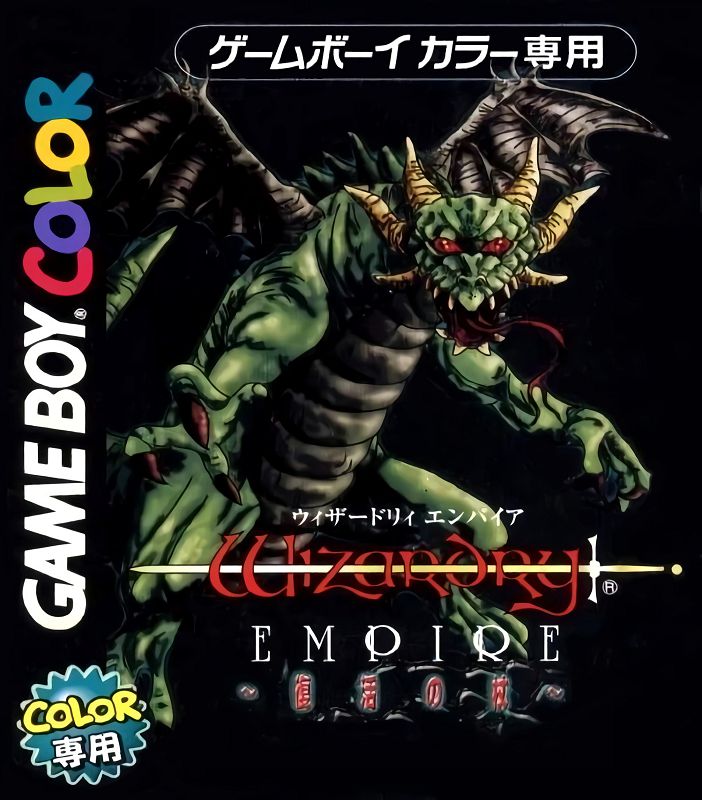 By TompouceGabriel : October 25, 2019
Wizardry Empire - Fukkatsu no Tsue, published in 2000 by Starfish, for the Nintendo Gameboy Colour portable video game system. It's a sequel to 1999's Wizardry Empire using mostly the same gameplay-system.

- It's again possible for the Thief, Ninja and Kunoichi to fail at trap-identification and disarming.
- When encountering a treasure chest a timer will start, gradually lowering the quality of the loot in the chest until it's successfully opened.
- Changing a Thief into a Ninja with the Thieves' Dagger retain all level and stats of the Thief instead of functioning like traditional class change.
- The equipment needed to change to the Special Classes are acquired from specific events rather than being random drops.