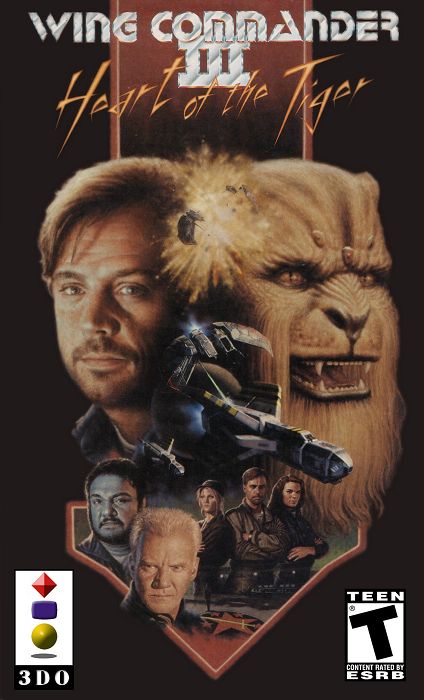 The war against the Kilrathi is going badly for the Confederation. Its flagship, the Concordia, has been destroyed, battles are lost on all fronts. War hero Colonel Christopher Blair is transferred to the old carrier Victory. Take the role of Blair and ensure the success of the Confederation's last-ditch attempt for victory: the destruction of the Kilrathi homeworld.

Wing Commander III has the usual mix of space battles and cinematic storytelling. Changes from the first two games include SVGA graphics, the use of texture-mapped polygons instead of bitmaps for spaceflight sequences and real Hollywood actors appearing in the cinematic scenes.

Wing Commander III : Heart of the Tiger - Gameplay 3 - 3do