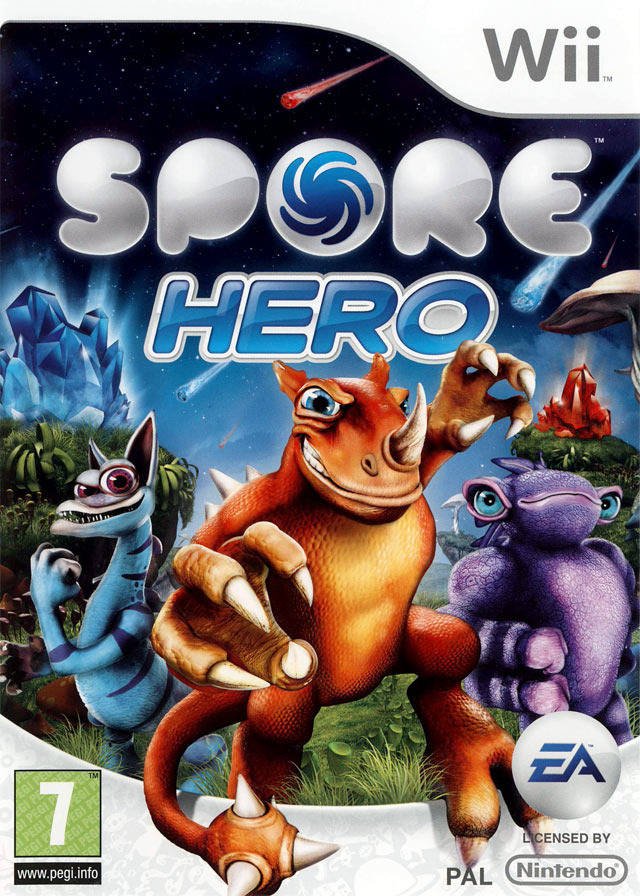 Spore Hero is the first appearance of the Spore franchise on the Nintendo Wii platform. This title merges both simulation and RPG elements. By collecting blue meteor shards scattered across the environment and then using those shards as currency within an adaptation of Spore’s original Creature Creator, players can customize and enhance their creatures using all of the body parts found in the core game and the Creepy and Cute expansion pack.

The main gameplay is similar to Spore Creatures where the player controls a single creature, landed on an alien planet along with its nemesis. The creature has to help the native inhabitants who are poisoned by the red rocks brought along by the nemesis. This is done by collecting shards. Taking on quests assigned by NPCs allows the player to advance the game's good-versus-evil storyline. Quests include both singing and dancing mini-games. The game also incorporates an arena fighting mechanic that takes place both in-game and in a dedicated multiplayer mode, based on attacking, blocking and counter attacking that requires precise timing.

Most of the game is played out as an exploration platformer, where certain areas can only be accessed after the required abilities have been secured, such as a double jump or flying.