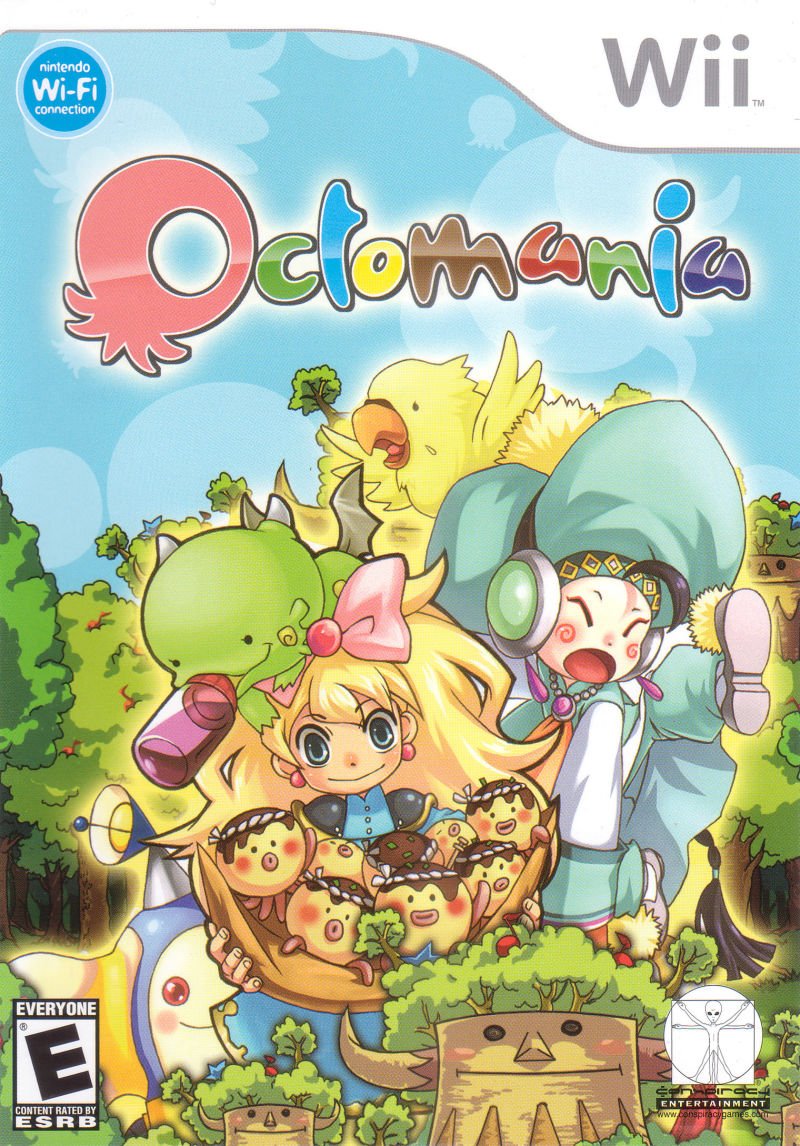 By GambierBae : March 21
Apprentice magician Kari loves takoyaki. Looking for a snack, she attempts to summon some, but the spell goes wrong and she instead summons a shower of octopi, overrunning the peaceful kingdom of Lonropia. An angel appears, informing Kari that she must rid the kingdom of these octopi, and so she sets out in search of Prince Exaltus to figure out what she must do.

Octomania is an action puzzle game where the goal is to remove octopi from your field faster than your opponent. There are several nets in each field, each with a number in the center. Place that many same-color octopi into the net, and they will turn into bubbles and disappear, turning any adjacent octopi of the same color into bubbles as well. Large chains will drop urchin on your opponent, which can only be eliminated by clearing octopi next to them.