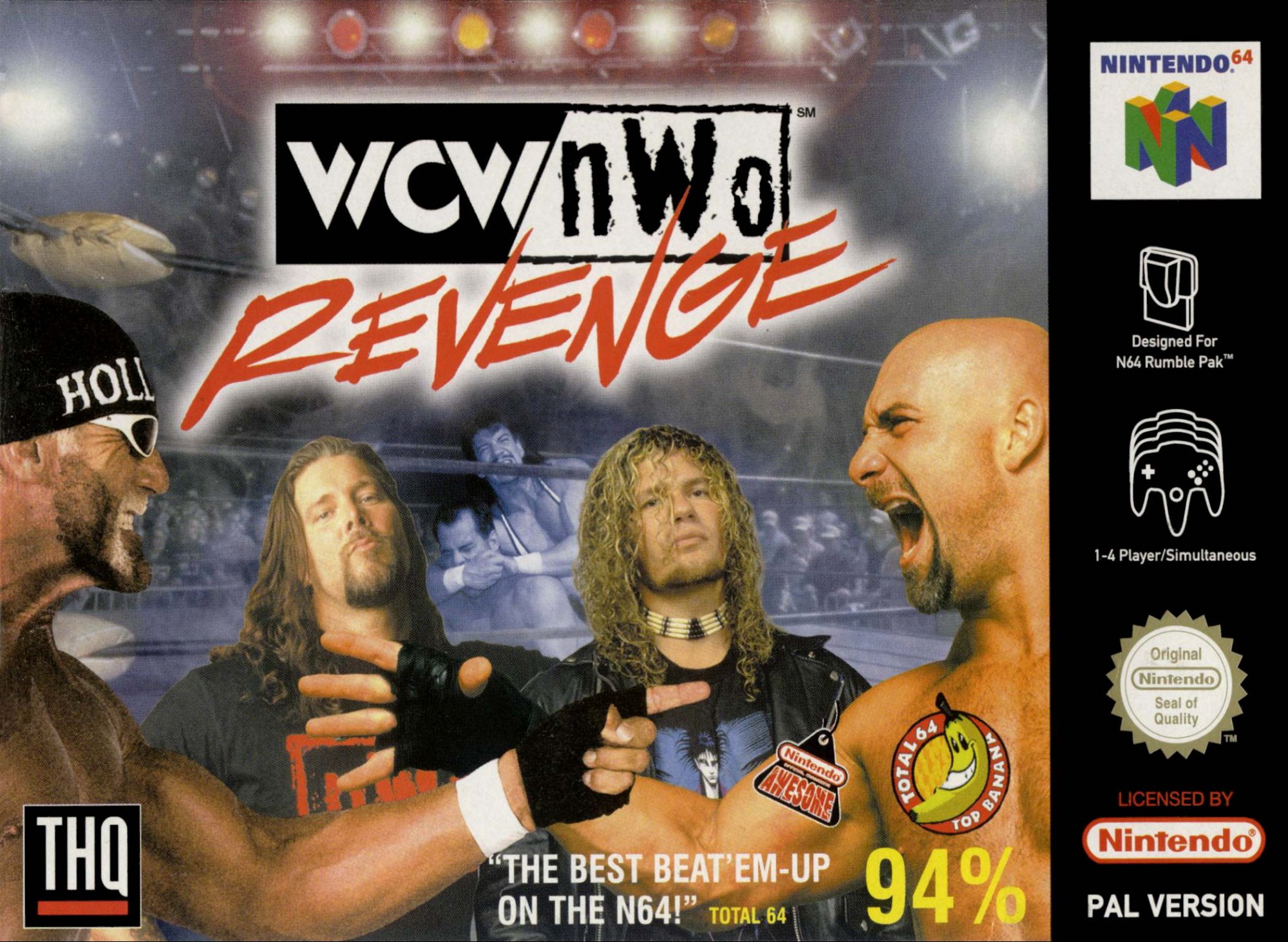 By RomStation : November 5, 2010
WCW/NWO Revenge puts the power of the biggest, baddest and meanest wrestlers around the world in the hands of the player. There are more than 60 real and fictional wrestlers - including then-superstars Hollywood Hogan, Kevin Nash, Raven and Goldberg - to choose from to square off in the ring in any of several modes of play.