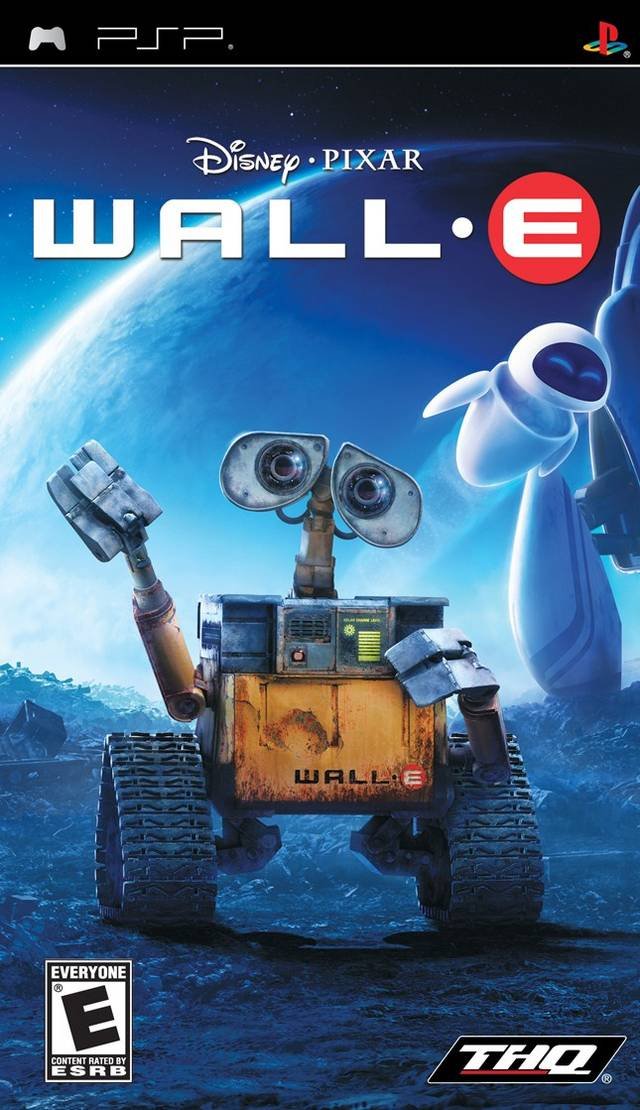 WALL-E is a game adaptation of the movie of the same name.

Players will take control of WALL-E and EVE through a fast-paced adventure based on the upcoming DisneyPixar film. The game will allow fans to relive some of the movie's most thrilling moments as they explore 10 worlds filled with non-stop action and adventure, along with head-to-head multiplayer challenges. Players will recognize the storyline, characters and key locations from the WALL-E film as they carry out intense missions, dodge dangerous enemies and navigate their way through a futuristic world.

WALL•E was fairly well-reviewed by critics. The game's best-received version was the PSP version, which was 64 out of 100 on the Metacritic scale. Though it was highly criticized, IGN praised the PSP adaption as "... one of the most solid film-to-game adaptations we've seen in a while."