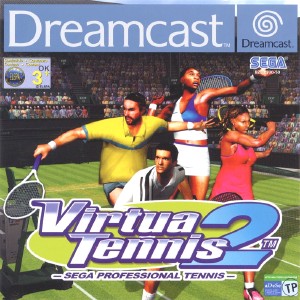 The top seed is back. Take to the courts of Virtua Tennis 2 as you compete to become the world No1. Serve, smash and lob your way through 16 internationally top-ranked male and female players as you go head to head in singles matches or compete with up to 4 players in doubles and mixed doubles matches. With revamped Tournament, Exhibition and World Tour modes its game set and match Virtua Tennis 2.