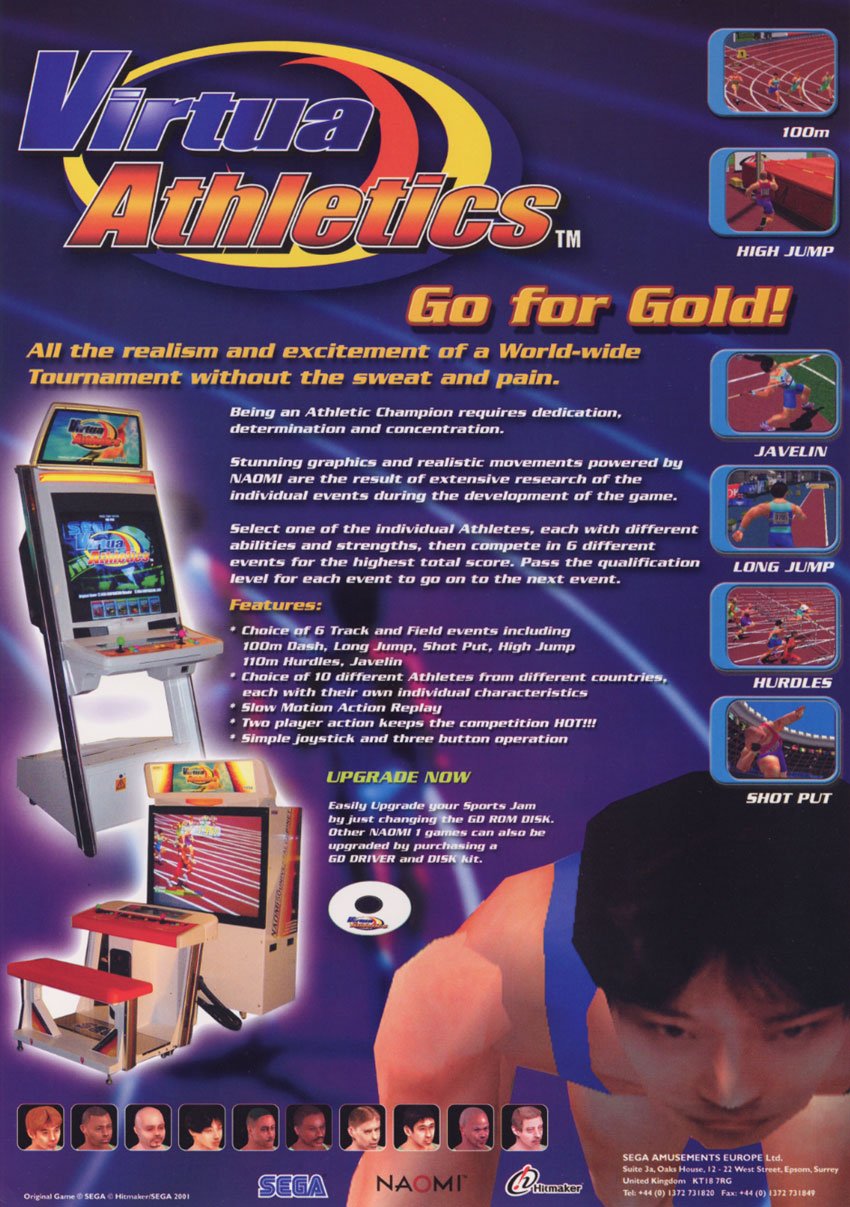 By GambierBae : February 6
Virtua Athlete was SEGA's contribution to the list of track & field based games released to tie-in with the Sydney 2000 summer Olympic games. The game itself is presented as a 3D sports simulation where the ability to repeatedly mash your pad buttons is essential if you want to take home the gold.

The game features seven events in which you must demonstrate that you are the best. The 100-meter dash, long jump, shot put, high jump, 110-meter hurdles, javelin throw, and 1500-meter run are all that stand between you and gold medal glory.

There is a choice of 10 athletes to compete with however a character editor is available to personalise the name, face and clothing of your chosen competitor.