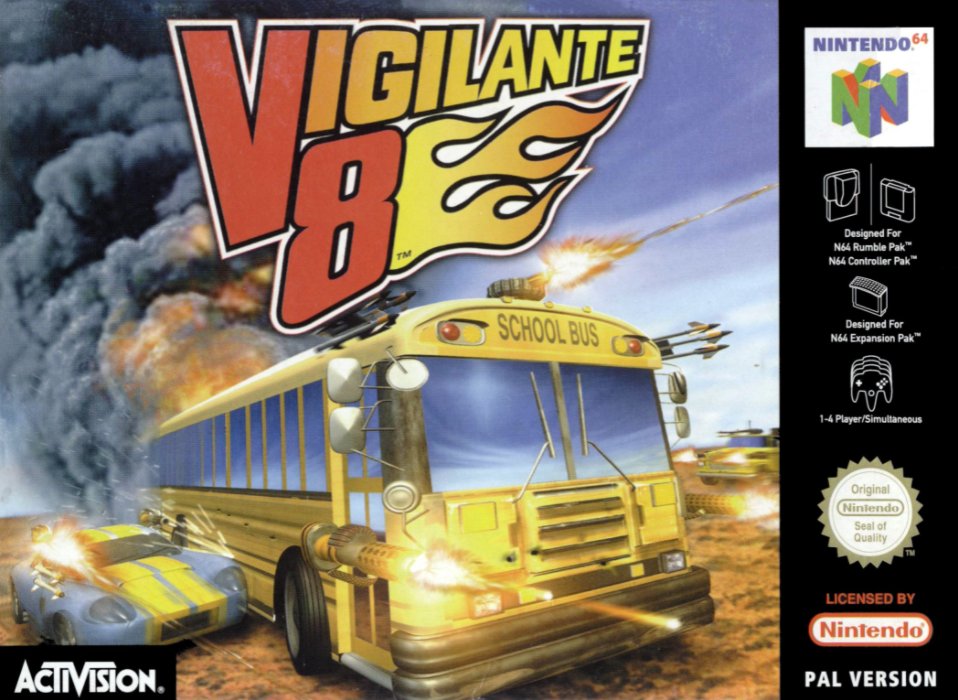 By RomStation : November 5, 2010
Vigilante 8 is a vehicular combat game similar to Twisted Metal in concept. Players can choose from eight characters with different agendas, and select vehicles ranging from classic 1970's muscle cars to a school bus, each stacked high with various kinds of weapons. Unlockables include two hidden levels (three in the Nintendo 64 version) and five hidden characters and cars. Multiplayer is also included: the PlayStation version allows two players (four in the Nintendo 64 version) to go head-to-head.