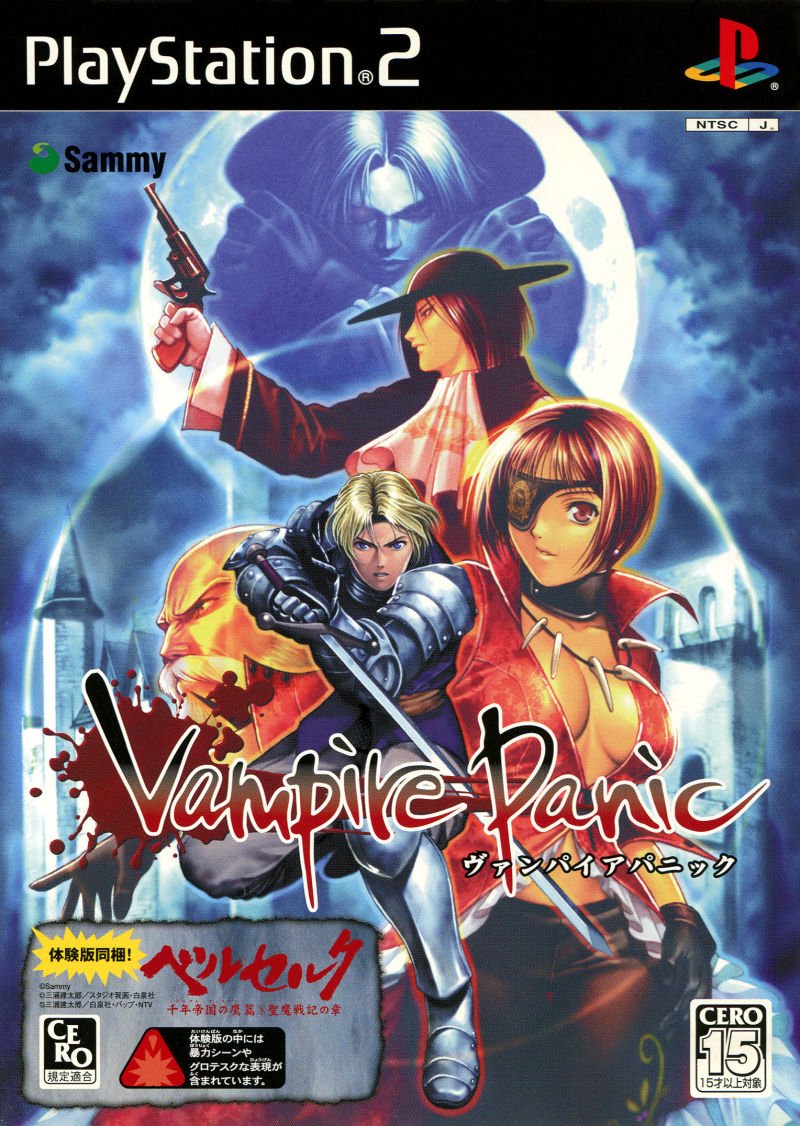 By GambierBae : August 22
The year is 1806, and the small town of Insel in the kingdom of Berkgard is being terrorized by vampires. The ISLA -- the International Spiritually Liberators Association -- is an organization dedicated to eradicating the threat of vampires wherever they may be found. With Insel paralyzed by these nefarious creatures, the ISLA has sent three of their most capable agents in to protect the people and kill the vampires.

Vampire Panic is a third-person action game with minor adventure and stealth elements. Controlling one of the three ISLA agents, the player must eliminate the vampire infestation in Insel and escort as many residents as possible to safety outside the town. Vampires can attack by biting either the player or friendly villagers, causing them to start turning; if the transformation completes before the affliction can be healed, villagers will turn into enemies and can no longer be saved, while the player turning results in an immediate game over. The game's story will change depending on which and how many villagers the player is able to rescue.

The player can control three different ISLA agents, switching freely between them at designated safe locations. Rusty is a young swordsman who is relatively inexperienced with vampire combat, but is highly skilled with a blade; his special technique is a guard that protects from enemy attacks. Mary is a girl whose mother was bitten by a vampire just before she was born, and was raised by the ISLA to fight against vampires; she uses her fists to fight, and her special technique is a transformation that increases her speed and power, but stops stamina regeneration. Last, Abbey is a highly-experienced ISLA agent who uses a revolver; his special technique reloads his weapon, but leaves him open to attack.

A huge thanks to the people over at TransGen for the translation: https://www.romhacking.net/translations/5623/
akumasan, Togiro, maxevoli and 1 other reacted to this