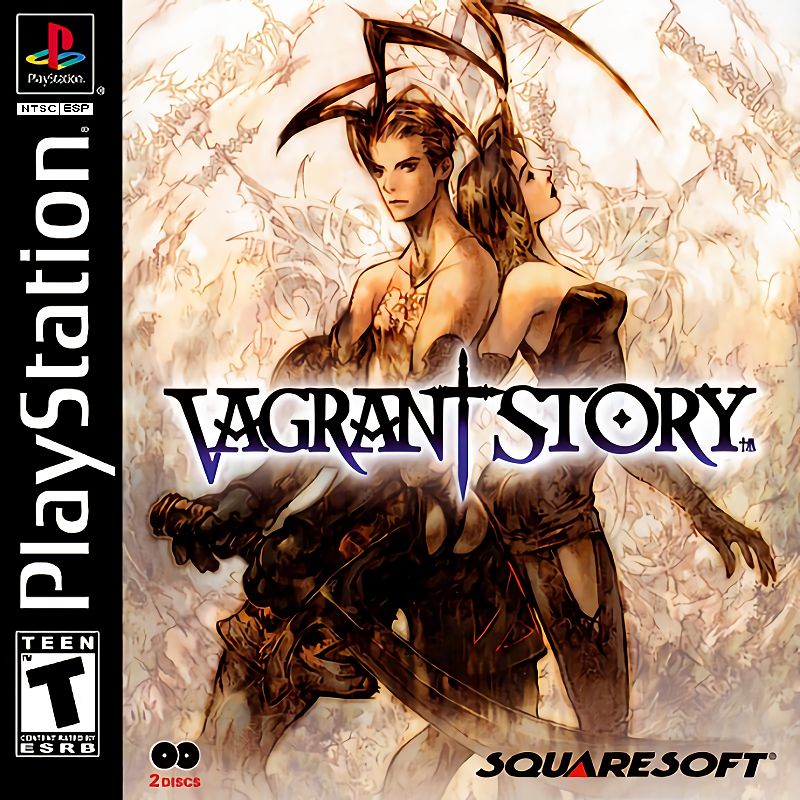 By TompouceGabriel : February 6, 2017
Valendia is a land that had undergone civil war, the end of which had birthed the parliament and several organizations to control the balance of power. Ashley Riot is a Riskbreaker, an elite agent for the Valendia Knights of Peace (VKP) who is investigating some strange occurrences. A cult of religious fanatics known as Müllenkamp and their leader Sydney Losstarot have seized the manor of Duke Bardorba of Valendia Kingdom. The events at the manor have sent Ashley on a quest to get to the bottom of events, and travel into the catacombs that lead to the destroyed, yet magical city of Leá Monde. However Ashley is not the only person interested in the city, and other factions of the government, including parliament assigned Knights of the Crimson Blade and other VKP agents are pursuing their own agenda.

Vagrant Story is a role-playing game with several distinguishing characteristics. The entire game (including the numerous cutscenes that advance the plot) is rendered in 3D. The game focuses on exploration of large, complex dungeon-like areas and combat; there are no "friendly" areas, NPC interaction, or monetary system. Dungeons contain many optional rooms and environmental puzzles that mostly involve pushing, destroying, and re-arranging different types of crates to access higher areas. Ashley can also jump and grab ledges of higher platforms during exploration.

The game runs in real time, with visible enemies and no separate battle screens. When entering combat and attacking an enemy, the game is paused, allowing the player to choose targets and access the menu for other actions. A wireframe sphere displays the range of the currently selected weapon and detailed statistics on different body parts of the enemies within range.

Ashley does not receive experience points from defeating regular enemies; he randomly gains bonuses to his attributes after defeating bosses, but in general the focus of the customization in the game is on weapons. Ashley can equip a wide variety of weapons and armor made out of different materials. Each weapon possesses, besides detailed damage statistics, parameters in one of the three categories (edged, blunt, and piercing), as well as affinity to any of the six enemy types encountered in the game. Damage in battle is calculated according to the weapon's and the enemy's particular strengths and weaknesses in any of these categories. Weapons used constantly against the same type of enemy improve in power against them. Each weapon can also be disassembled in workshops scattered throughout the game, and new weapons can be forged by combining blades with grips. Gems can be attached to some grips, usually increasing the weapon's affinity with an enemy category.

Thanks to Vagrant Traducciones Team for this translation.