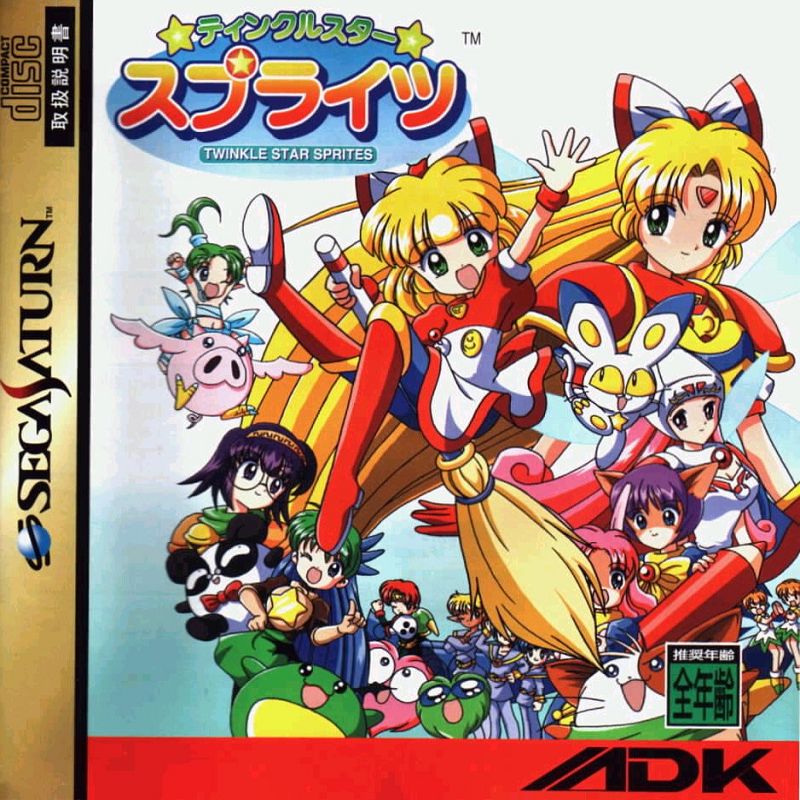 Twinkle Star Sprites is a 1996 competitive scrolling shooter arcade game originally created by ADK. The gameplay, which can be characterized as a combination of a fixed shooter and a versus puzzle game, uses combinations of shots, as well as timed power-ups to attempt to damage the opponent. These attacks also serve as counters to the opponent's attack.