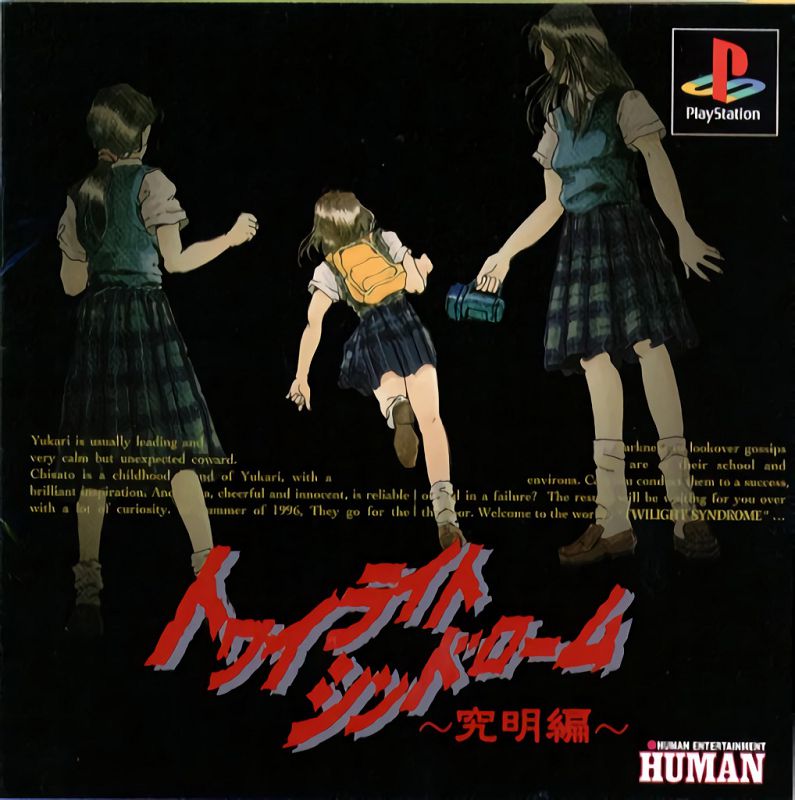 Kyūmei-hen is a direct sequel to the first Twilight Syndrome game, continuing the spooky adventures of the three brave and reckless high-school girls: Yukari, Mika, and Chisato. The first mystery involves a girl named Sakura Himegami, who was killed in an accident many years ago; apparently, her ghost is still around somewhere. The trail leads to an abandoned path in the mountains; Mika decides to venture there, while the other two are going back to school at night, hoping to find more clues.

The gameplay is identical to that of the previous entry: the player navigates the digitized images of the girls over 2D backgrounds in a side-scrolling/third-person perspective manner, searching for clues, triggering scenes, and choosing responses and/or actions when prompted by the narrative. As in the first game, these choices may influence the course of the story, and lead to various endings of the chapters; reaching a "bad" ending prevents the player from continuing to the next chapter.