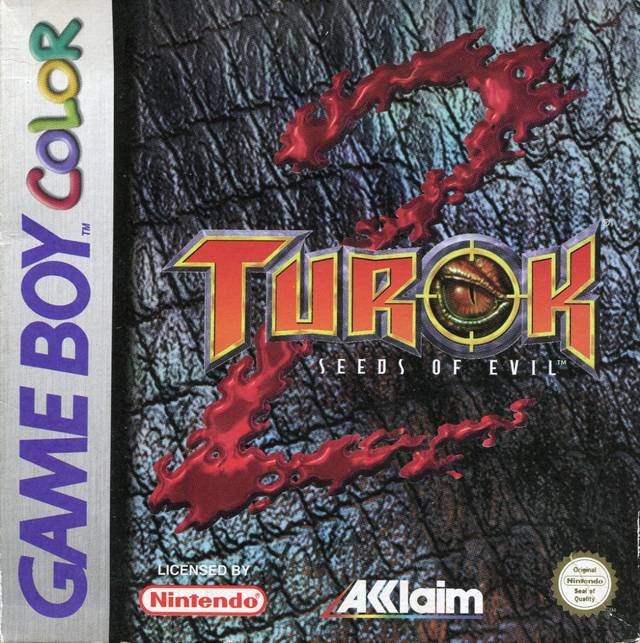 Turok 2: Seeds of Evil is the Game Boy Color port of the Nintendo 64 game of the same name.

The plot is independent from the main console release. The Amaranthine Accordance is trying to bring a massive Dinosoid army to Earth from the Lost Land in an effort to restore dinosaurs to their rightful home.

The new Turok, Joshua Fireseed, must stop them from sending four deadly Bionosaurs through the portal and prevent them from conquering the planet.

The gameplay uses the same formula as the other Game Boy ports. It features side-scrolling action and multiple weapons to fight your foes.