The King of Fighters : Maximum Impact 2 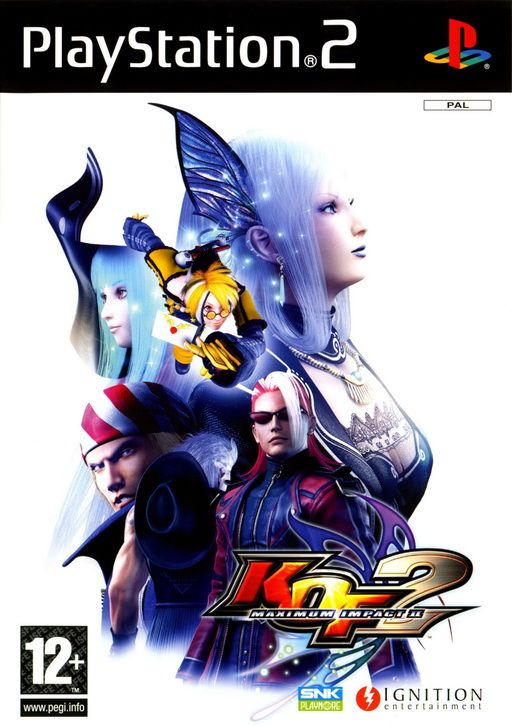 Second in the 3D "Maximum Impact" King of Fighters games, MI2 brings you back to the team fighting universe of the KOF with the added spin of using a polygonal engine.

All of the characters from the original MI return, and are joined by 4 newcomers and 14 secret guest stars, totaling a whopping 38 characters, each with a unique story mode and dozens of possible costumes.

The story this time deals with the appearance of the evil Jivatma in South Town, where all the heroes converge for their own personal reasons. Gameplay changes include the ability to sidestep and super cancel several moves; additional backgrounds and bonus features can be unlocked after beating the story mode, as well as completing the mission mode and time attack challenges.