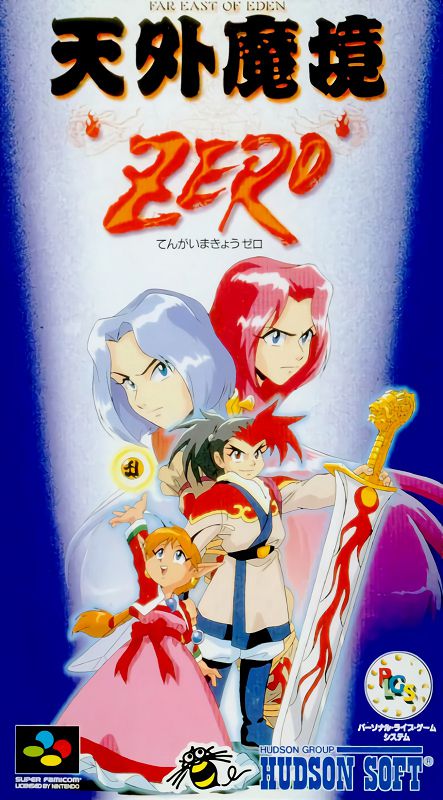 Tengai Makyō Zero is a side-story to the first three Tengai Makyō games (for PC Engine CD). The ancient land of Jipang is a lot like the medieval Japan, but is is ruled by godly and demonic powers, and is made up of six countries, the most powerful one being the Ryu (Dragon) Kingdom. The younger of two brothers has been recently chosen to be the king of the Dragon Country. The elder brother decides to kill him and to take the throne. His soul is possessed by the demon Ninigi, and he plots a further destruction of Jipang.

The hero of the game, a young boy named Higan, lives in Hikagi Village. After the village has been frozen by the possessed king of Ryu, Higan realizes he was chosen by a mysterious Ancient Flame to free Jipang from the claws of Ninigi.

The game is a traditional RPG with turn-based combat viewed from over-the-shoulder perspective. The characters can attack physically, cast magic spells, as well as perform special techniques, unique to each character.

Once the game starts, it will ask you to press A. A series of tests is then performed. Then as you will be asked, it will be time to reset the emulator.
And a second check is ready to start. This time it is a matter of pressing B to launch the new series of tests.
If everything is OK, then a last reset will be asked and the rom will be ready to work.