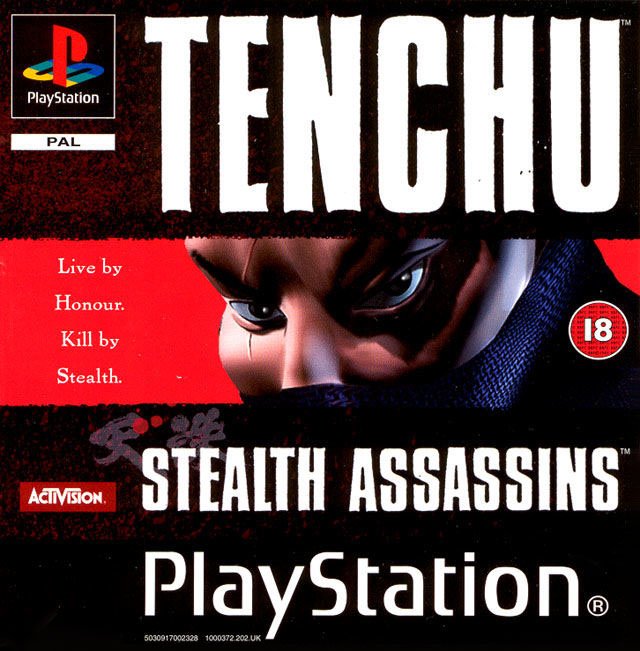 After firing your grappling hook to the rooftop of a small house, you pull yourself up and notice a guard pacing back and forth on the ground. He doesn't see you as you begin to crawl and sneak around on the roof. If he detects your presence, you will be in a world of hurt; you will blow your mission and risk death. Patiently, you wait for the right time to jump down -- and end his life while his back is turned.

Set in 16th century Japan, Tenchu: Stealth Assassins is a simulation of the ways of the stealthy ninja. You'll chose between two characters, Rikimaru and Ayame, with a main objective of remaining unseen throughout ten non-linear missions. You will move through the shadows, make your way across rooftops, dash through trees -- anything to cloak yourself from enemy sight. While completing the missions, you are judged on three levels that measure your success in the fields of elusiveness and effectiveness.

Each mission is different in its design and goal. Your mentor will have you run secret errands to informants, kill evil merchants and thieves, and rescue captive ninjas. Along the way, the enemy resistance has set up traps and assigned guards to keep a watchful eye for any interference. Because Tenchu is a simulation of sorts, running up and engaging an enemy combat is not advised -- that's not the way of the ninja.