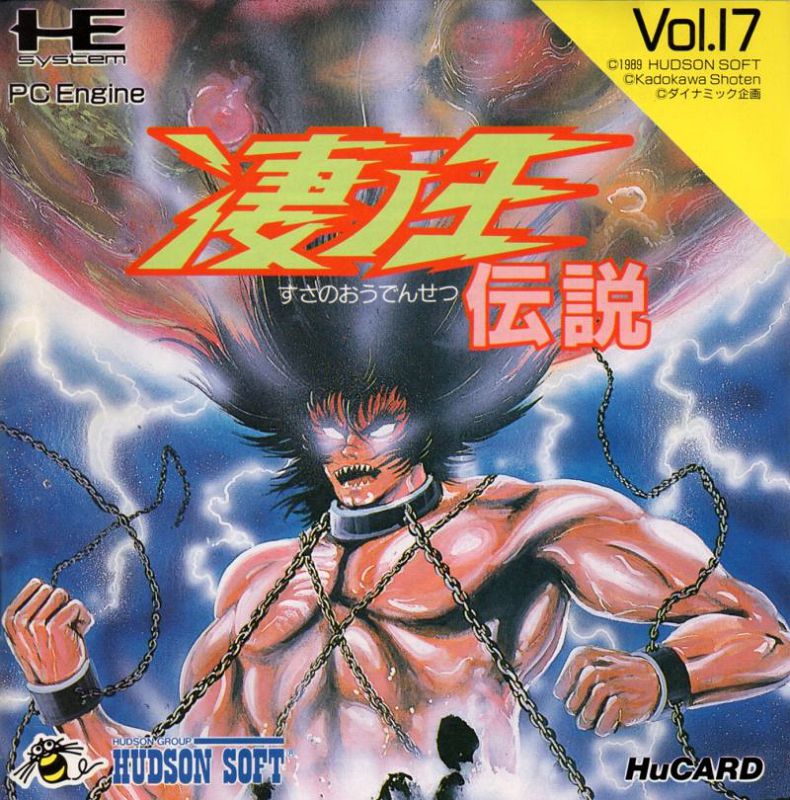 By Apharel : December 13, 2018
The game is based on the eponymous manga (sometimes transliterated as Susa no Oh) by Go Nagai. The protagonist is a seemingly ordinary teenager named Susa, who discovers that he contains within himself another persona, the destructive Japanese god Susanoo. The game's story begins right where the manga ended (with a cliffhanger): Susa faces his rival Uryu, who causes him to unleash the power of Susanoo, devastating the world and releasing evil spirits that take it in their possession. Having returned to his normal self, Susa has to find his sweetheart Yukishiro and other friends, and figure out a way to undo the damage he has inflicted on the world.

Susanoō Densetsu is notable for implementing a setting and gameplay themes unusual for Japanese RPGs of its time. Among those is a day/night cycle, which influences the appearance of monsters on the world map as well as schedules of characters in the towns (for example, shops are closed at night). It is also one of the first Japanese RPGs in which enemies wander around visibly on the world map, sometimes surrounding the player, Ultima-style, and can be avoided.

The battle system is also reminiscent of Ultima, featuring free movement on the top-down battle screen. The fights are held in fast-paced turn-based style; to pause the fight, the player has to bring up the menu and select a command. Similarly to Emerald Dragon, action points are spent when moving and/or selecting commands.

Later in the game Susa teams up with two other characters; he can also recruit mercenaries to help him in battles. Characters learn the so-called "ESP powers" when leveling up, which are equivalent to magic spells.