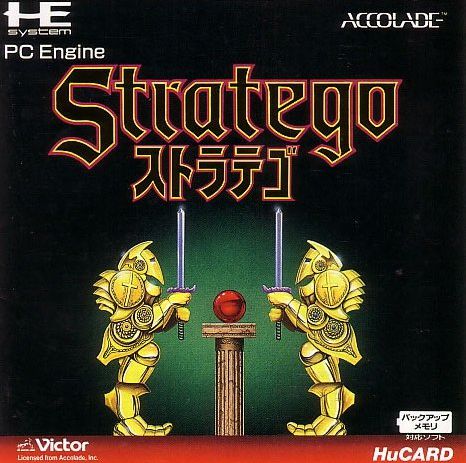 By Apharel : December 13, 2018
Stratego is a board game adaptation that was originally published by Accolade for various home computers in 1990. The game was also localized for a Japanese audience with the PC Engine release, which was published by Victor Entertainment in 1992. The game closely follows the rules of the classic Stratego board game as conceived by creators Jumbo, which was later licensed by Milton Bradley for North America. The game also offers various different modes, including a campaign mode which involves consecutive maps, as well as the option to change the visual design for the board and the pieces.
Game files
Stratego 2018/12/13 131.12KB